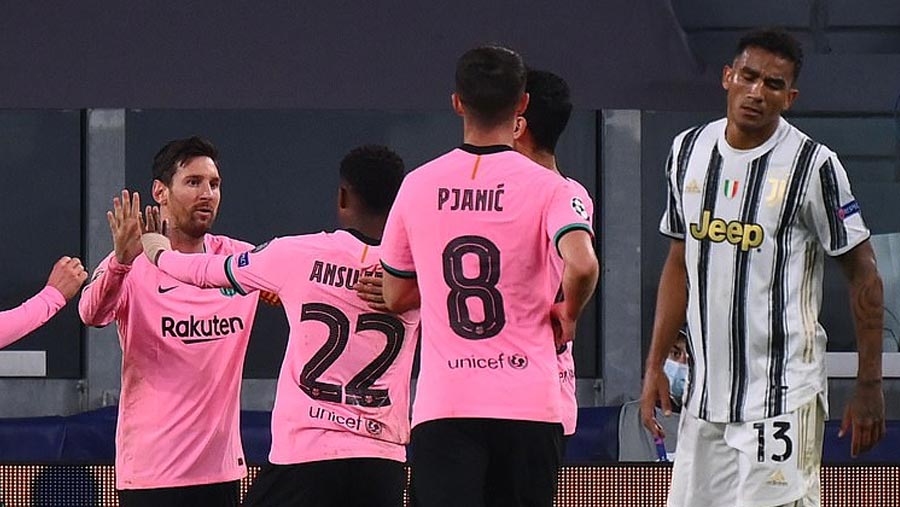 French forward Ousmane Dembele scored the opener for Barca in the 14th minute at Juventus Stadium. Barcelona clinched the victory near the end of the match as Argentine superstar Lionel Messi successfully converted a penalty kick in the 91st minute.

Earlier, in the 85th minute of the match, Juventus were down to 10 men as the Italian club's Turkish defender Merih Demiral was shown a red card for fouling Barca midfielder Miralem Pjanic. Demiral was given his second yellow card to exit the match.

Juventus' Portuguese superstar Cristiano Ronaldo did not play in the match as the 35-year-old has been in self-isolation after testing positive for the novel coronavirus.

Following the win, Barcelona boosted their points to six to lead Group G. Barca made a flawless start to the Champions League, winning their two matches.

Ukraine's Dynamo Kiev and Hungarian club Ferencvaros have one point each in the group.

English club Manchester United hammered their German opponents RB Leipzig 5-0 in the other match of the night. Marcus Rashford was on fire, scoring a hat-trick against Leipzig in the Group H match at Old Trafford.

English midfielder Mason Greenwood and French forward Anthony Martial put the ball into Leipzig’s net once each to contribute to the big win in Manchester.

Medipol Basaksehir is at the bottom of the group as the Turkish team still does not have any points.