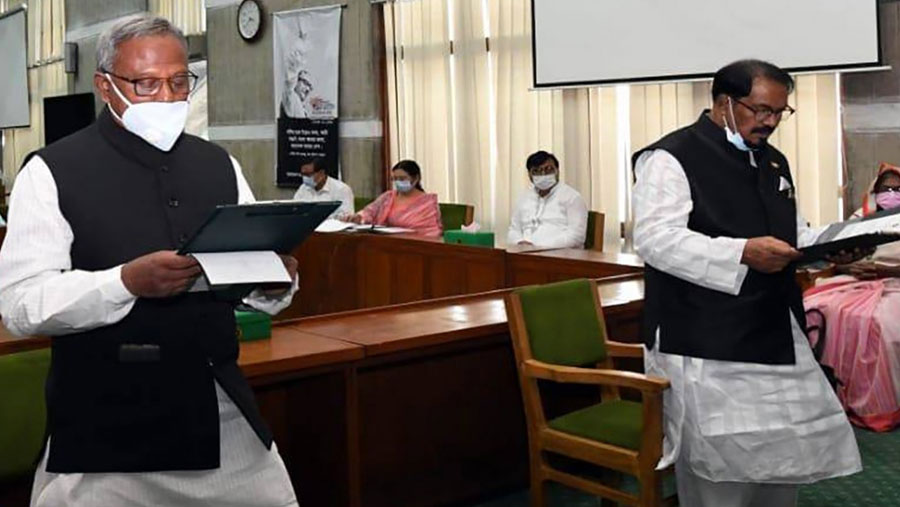 After taking oath, Kazi Monirul Islam and Md. Anwar Hossain (Helal) signed in the oath book as per the tradition.

By-elections to the two constituencies were held on Oct 17 with very low voter turnout.