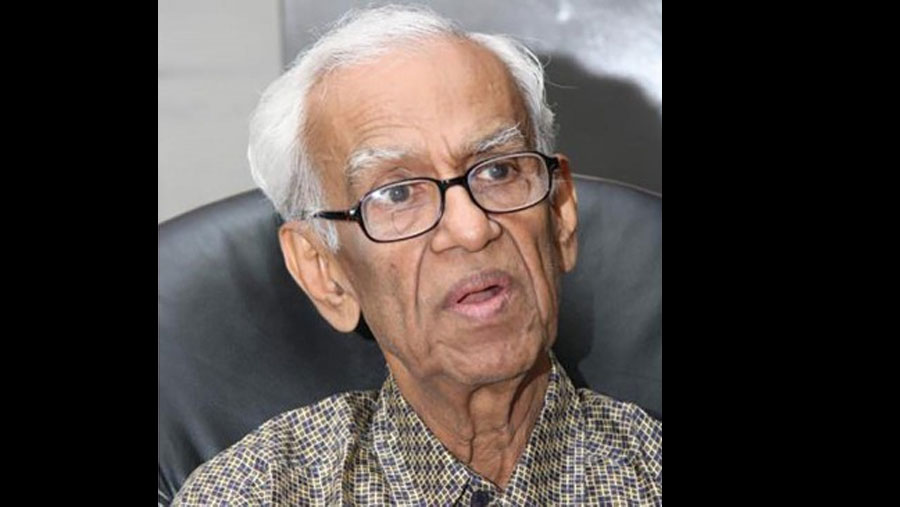 Eminent lawyer Barrister Rafique-ul Haque died at a hospital in the city on Saturday (Oct 24). He was 85.

Barrister Rafique, who had been suffering from old age complications,  breathed his last around 8:30 a.m. at Ad-Din Women's Medical College Hospital in the city, local media reported citing sources.

He left behind his son Barrister Fahim-ul-Haque.

Barrister Rafique’s third Namaz-e-Janaza will be held at the Supreme Court premises around 2 p.m. following two Namaz-e-Janazas at Ad-Din Women's Medical College Hospital and Baitul Mukarram National Mosque respectively. He will be buried at Banani graveyard.

Born in Calcutta (now Kolkata) in 1935, Rafique-Ul-Huq obtained his law degree in 1960. He completed MA and LLB degrees from Calcutta University. He became a Barrister-at-Law in 1961 and called to the Lincolns Inn in 1962.

Barrister Rafique-Ul-Huq joined the High Court, Dhaka in 1962. In 1965 he became an Advocate, the Supreme Court of Pakistan.

In 1975, he was made Senior Advocate, Appellate Division, the Supreme Court of Bangladesh.

He became the Attorney General of Bangladesh in 1990.

Barrister Rafique-Ul-Huq was the writer of various other laws for Bangladesh.