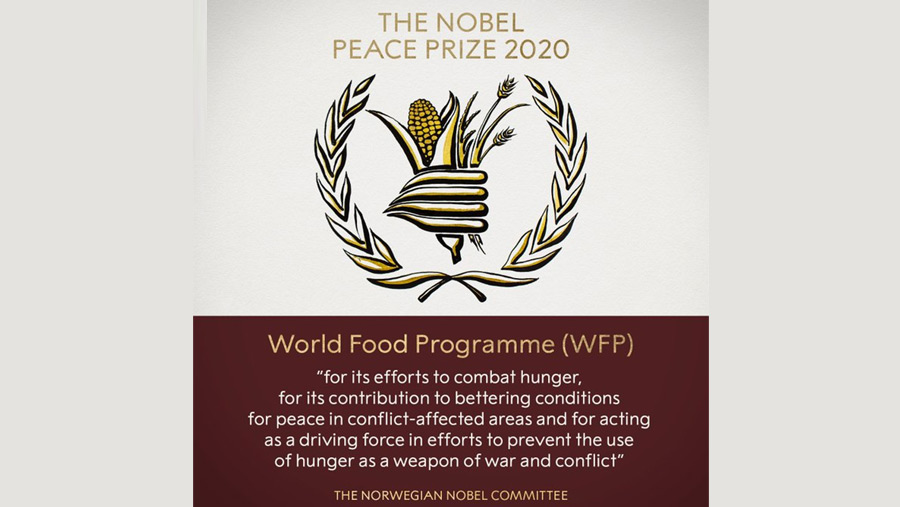 This year's Nobel Peace Prize has been awarded to the World Food Programme (WFP) for its "efforts to combat hunger" and its "contribution to bettering conditions for peace in conflict-affected areas."

The Norwegian Nobel Committee, which presented the award in Oslo on Friday (Oct 9), also described the organization as "a driving force in efforts to prevent the use of hunger as a weapon of war and conflict."

In awarding the prize, committee chair Berit Reiss-Andersen noted the impact of the coronavirus pandemic on global food supplies and criticized the politics of populism.

The WFP, a United Nations entity, was created in 1961 and today provides food to over 100 million people a year.

The organization tweeted its "deepest thanks" for the honor, adding: "This is a powerful reminder to the world that peace and #ZeroHunger go hand-in-hand."