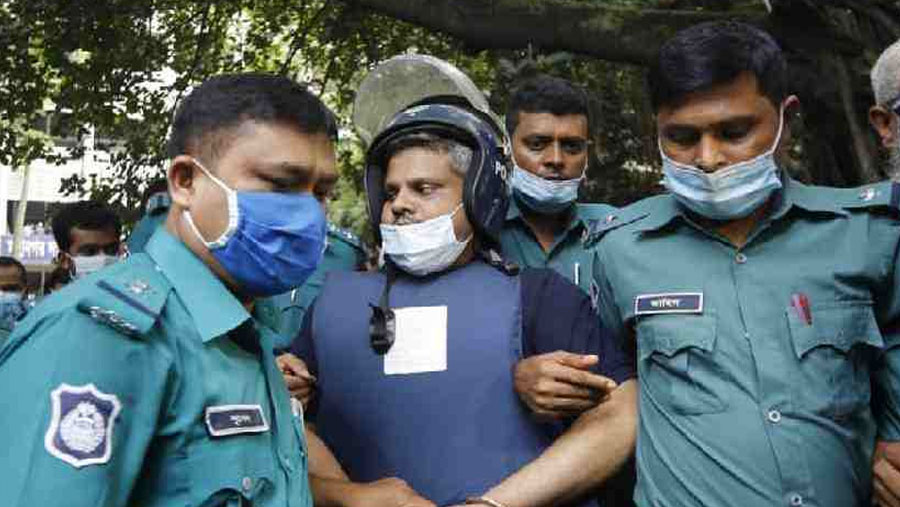 Regent Group Chairman Shahed Karim has been sentenced to life imprisonment in an arms case. Dhaka Metropolitan Sessions Judge KM Imrul Qayes delivered the verdict on Monday (Sep 28), just over two months after the case was filed. Later, the court also jailed him for seven years under section 19 (F) of the same case, local media reported.

RAB arrested Shahed from a bordering area of Satkhira on Jul 15. They also recovered a firearm, some bullets and foreign currencies from his possession. Later, DB police took Shahed with them and conducted a drive in Uttara where some firearms were recovered.

A case was filed in this connection with Uttara-West Police Station on Jul 19.

On Aug 13, the arms case was transferred to Dhaka Metropolitan Sessions Judge’s Court.

The Regent Group head office and both hospitals were sealed off and 16 people, including the chairman, were sued on charge of issuing fake coronavirus test reports.

Charge sheets were submitted against Shahed in two cases.

The tribunal recorded statements of 11 prosecution witnesses. The prosecution completed arguments in the case on Sep 17.