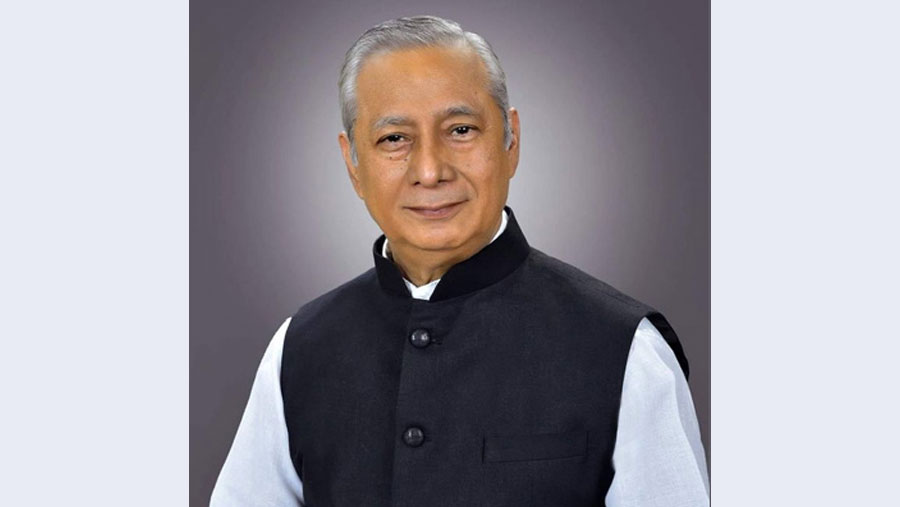 Attorney General Mahbubey Alam was laid to eternal rest at Mirpur Intellectuals Graveyard this afternoon after Namaj-e-Janaza at Supreme Court compound in the morning. He was buried at around 1.15 p.m., local media reported.

Supreme Court Bar Association President AM Amin Uddin and Mahbubey Alam’s son Suman Mahbub addressed the gathering before his Namaj-e-Janaza and urged all to pray for the eternal peace of the deceased.

His body was brought to Supreme Court compound at around 11 a.m. from his Mintoo Road residence.

Attorney General Mahbubey Alam breathed his last at 7.25 p.m. on Sunday (Sep 27) as he was undergoing treatment for Covid-19 at Dhaka’s Combined Military Hospital (CMH). He was 72.

He was admitted to the CMH with high temperature on Sep 4 where he was tested positive for Covid-19 and 14 days later he was moved to the intensive care unit of the facility as his health condition worsened.

Alam was the longest serving attorney general or the top law officer of the country since his appointment in 2009.

Immediately after the news broke, President Md Abdul Hamid and Prime Minister Sheikh Hasina expressed their profound shock and sorrow and prayed for eternal peace of the departed soul and conveyed deep sympathy to the bereaved family.

He obtained his Bachelor of Arts with honors in Political Science and Masters of Arts in Public Administration from premier Dhaka University in 1968 and 1969 respectively.

Mahbubey Alam secured his bachelor’s degree in law from the same University in 1972. He was enrolled as an advocate with Bangladesh Bar Council in 1973 and subsequently was awarded permission to practice in Supreme Court’s High Court Division in January, 1975.

Previously, Alam held the office of the Additional Attorney General for Bangladesh from Nov 15, 1998 to Oct 4, 2001. He served as the elected Secretary for the term 1993-1994 and President for the term 2005-2006 of the Bangladesh Supreme Court Bar Association.

Alam also served as the elected Member of the Bangladesh Bar Council for the term 2004-2007.