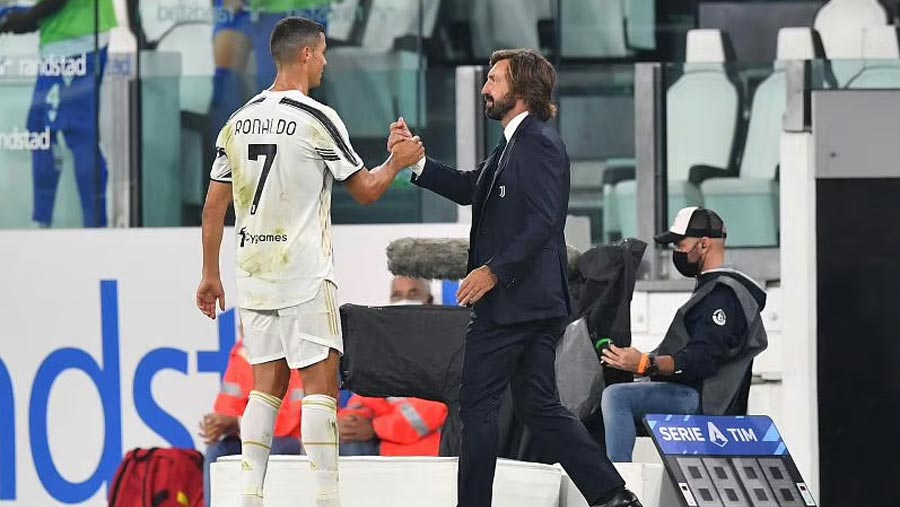 Andrea Pirlo got his coaching career off to a winning start as Juventus beat Sampdoria 3-0 in Serie A on Sunday (Sep 20).

Cristiano Ronaldo scored as Juventus marked Andrea Pirlo's first match as head coach with a comfortable 3-0 win over Sampdoria in Serie A.

Sweden winger Dejan Kulusevski opened the scoring on his debut, with a calm finish into the bottom left corner.

And Leonardo Bonucci prodded in the second for Juve, who are chasing a 10th successive Scudetto.

Ronaldo, who had earlier hit the crossbar, rounded off the scoring late on from Aaron Ramsey's pass.

Like Sunday's other Serie A matches, a small number of supporters were at the season opener after the Italian government allowed up to 1,000 fans to attend matches for the first time since March.

Former Milan and Juventus midfielder Pirlo had no senior coaching experience before he was chosen to replace Maurizio Sarri in August, and only received his coaching badge last week.

However, this was a relatively comfortable introduction to his new role, with his side easing to victory against Claudio Ranieri's team.