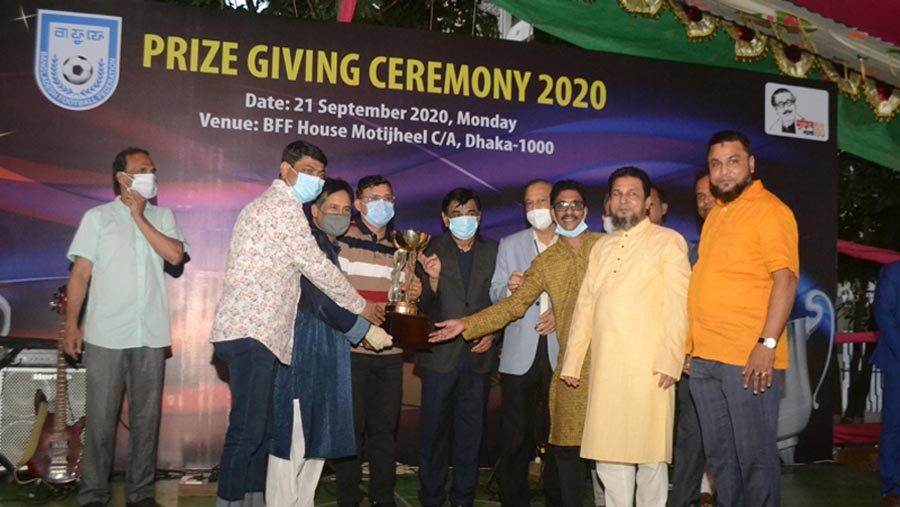 Bangladesh Football Federation has handed the long overdue trophies to some 23 clubs of Bangladesh Premier League, second-tier Bangladesh Championship League as well as 1st, 2nd, 3rd and senior division league held over the last five years. The trophy and prize distribution program took place at the premises of BFF House in Motijheel Monday in the presence of BFF president Kazi Md. Salahuddin.

Bangladesh Football Federation (BFF) on Monday (Sep 21) handed over the trophies that were pending to the winners of different league competitions over the last five years through a program held in front of federation ground in the city.

Among the 23 trophies, six were for the league champions, eleven for the runners-up, three for the 3rd ranked, two for the 4th ranked and one for the fifth placed team.

Addressing the function, BFF boss Kazi Salahuddin congratulated the champion teams for their feats and hoped they will maintain their brilliant performances in future too.