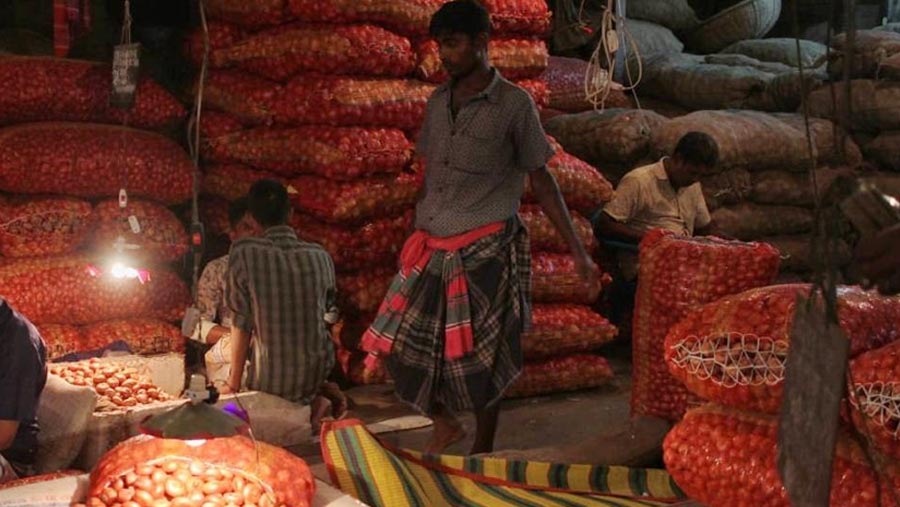 The government has withdrawn 5 percent duty on onion import to reduce the price of this essential kitchen item in the local market. The decision has been taken as per the directive of Prime Minister Sheikh Hasina, said a Finance Ministry press release on Sunday (Sep 20).

The importers will enjoy such privilege till Mar 31, 2021.

The release said the government had earlier imposed a 5 percent duty on onion import in the current fiscal year (FY21) to ensure fair price for the local onion farmers as well as to motivate the local farmers in onion production and thus reduce dependence on onion import. But, under the present circumstances, the decision to withdraw this 5 percent import duty has been taken since the price of onion went up in recent times.

Earlier on Sep 16, Finance Minister A H M Mustafa Kamal had said that the government would consider withdrawing 5 percent import duty on onion.

The press release also said the recent Indian ban on onion export to Bangladesh has triggered an upward trend in its prices in Bangladesh.