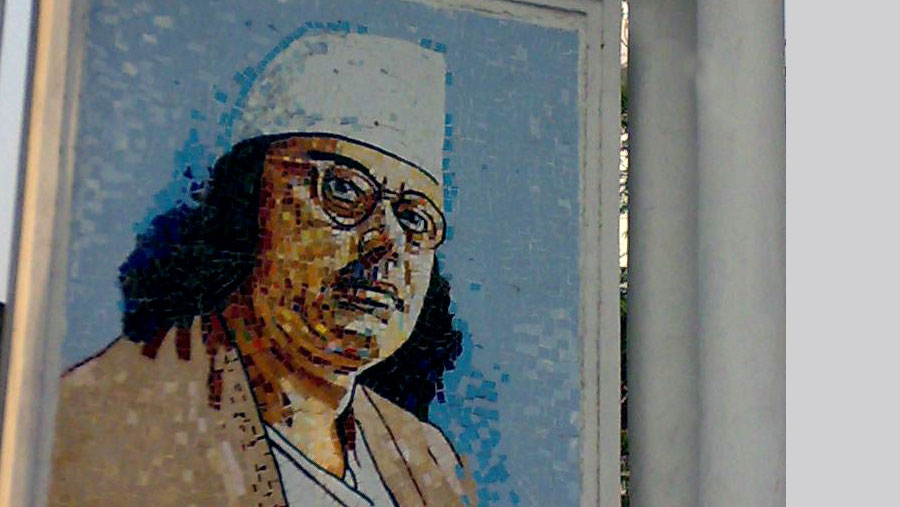 The 44th death anniversary of National Poet Kazi Nazrul Islam will be observed in the country today. On Aug 27 (12 Bhadra of the Bangla calendar) 1976, the poet passed away at the then PG Hospital, now Bangabandhu Sheikh Mujib Medical University Hospital, in the city.

He was buried with state honour beside the Dhaka University central mosque.

The ruling Bangladesh Awami League will commemorate the day with various programmes. It will place a wreath at the poet's grave and offer a fateha and dua at 9:00 a.m. Awami League central leaders as well as presidents and secretaries of Dhaka south and north city units and its associate bodies will join the programme while maintaining social distancing.

Led by Dhaka University Vice-Chancellor Professor Dr Aktaruzzaman, teachers, students, officers and employees of the university will place a wreath at the poet's grave after a procession at 7:15 a.m. on the campus.

Later, a virtual discussion will be held at the Professor Abdul Matin Chowdhury Virtual Classroom at 10:30 a.m. with the DU VC in the chair and National Professor Dr Md Rafiqul Islam will address the discussion.

Kazi Nazrul was a poet, lyricist, musician and philosopher. The nation found inspiration in Nazrul's poems and songs during the 1971 Liberation War and all other democratic movements and struggles.

Nazrul wrote nearly 3,000 songs and composed many of them which, known as Nazrul Geeti or Nazrul Sangeet.

After the independence of Bangladesh, Father of the Nation Bangabandhu Sheikh Mujibur Rahman brought poet Nazrul Islam to Dhaka from Kolkata along with his family and made arrangements for his living with state honour.

Bangabandhu also provided a residence for the family of the poet in the capital's Dhanmondi area.