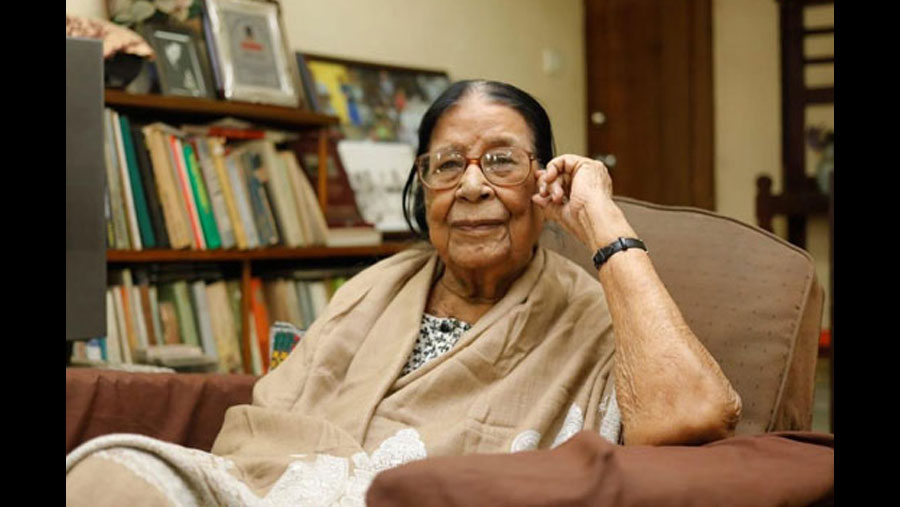 Sayeeda Khanam, the first female professional photographer of Bangladesh, passed away in the capital early Tuesday. She was 83. The photographer who had been suffering from old age complications breathed her last at her residence in Banani of the capital around 3 a.m., local media reported.

Born in Pabna on Dec 29, 1937, Sayeeda Khanam completed her Master's in Bangla Literature and Library Science from the University of Dhaka.

In 1956, she started her career as a photographer in Begum, the only newspaper dedicated to women at that time. She covered many national and international events. She worked as a photographer with renowned filmmaker Satyajit Ray in three of his films.

Khanam worked as a librarian in seminar library of Bangla Literature department of University of Dhaka from 1974 to 1986.

After the war, she volunteered as a nurse in Holy Family Hospital for a while.

Khanam had her first international exhibition in 1956 after participating in the International Photo and Cinema Exhibition,Cologne. In the same year, her works were displayed in an international photography exhibition held in Dhaka and later exhibited in international competitions in Japan, France, Sweden, Pakistan and Cyprus.

In 1960, she received an award in All Pakistan Photo Contest and in 1985 she was honored with UNESCO Award for photography.

She received many other awards from several national and international organizations and was a lifetime member of Bangladesh Mohila Samity and Bangla Academy.

Prime Minister Sheikh Hasina expressed profound shock and sorrow at the death of Sayeeda Khanam. In a message of condolence, the premier said, “She (Sayeeda Khanam) will remain alive in the heart of people through her works.” She prayed for eternal peace of the departed soul and conveyed deep sympathy to the bereaved family.