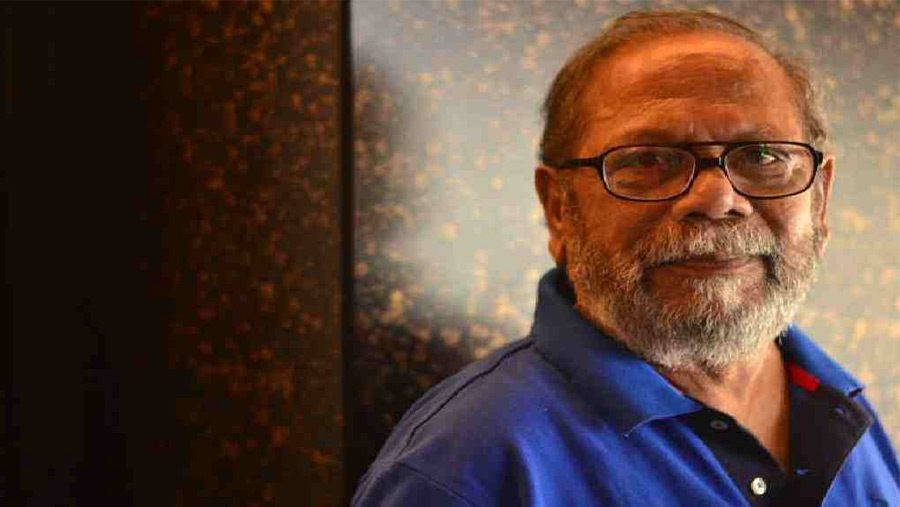 Eminent artist Murtaja Baseer passed away this morning at 9:10 a.m. He was 88. He was undergoing treatment at the ICU unit of Evercare Hospital in Dhaka since Thursday night. His elder daughter Munira Baseer confirmed the news to media.

He was admitted to the hospital due to severe respiratory problem and reduction of oxygen consumption rate, along with other old age problems. Doctors confirmed that he was Covid-19 positive last night.

His Namaz-e-Janaza will  be held after Asr prayers today and he will be buried at Banani Graveyard.

Murtaja Baseer was born in 1932. Son of scholar and linguist Dr Muhammad Shahidullah and Marguba Khatun, Baseer got enrolled in the then Dacca Art College (now the Faculty of Fine Arts, University of Dhaka) in 1949.

After graduation in 1954, he studied at the Academy of Fine Arts of Florence during 1956-58. Then he studied mosaic and etching at École nationale supérieure des Beaux-Arts (ENSBA) in Paris during 1971–73.

He was the scriptwriter, art director, and chief assistant director of Bengali film ‘Nodi O Nari’ (The River and the Women). Also the art director of Urdu film ‘Kaise Kahoon’, Baseer joined the University of Chittagong as an assistant professor and served there until 1998.

The painter received Independence Award in 2019 and the Ekushey Padak in 1980.