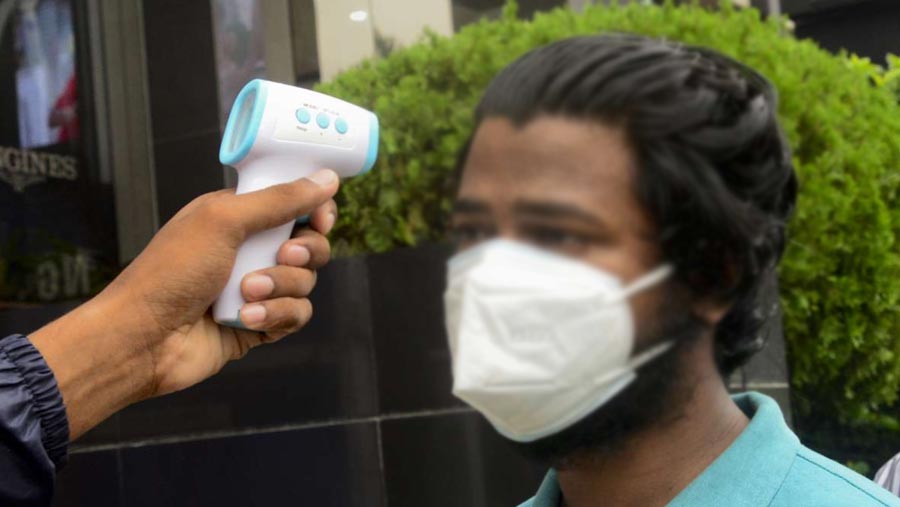 The death tally from coronavirus in Bangladesh reached 3,154 on Sunday (Aug 2) with the death of 22 more patients in the last 24 hours.

The low number of tests is attributed to the closure of some testing labs for eid vacation. Still, the daily infection rate remains high at 24.5 percent.

Additional Director General of the Directorate General of Health Services (DGHS) Prof Dr Nasima Sultana came up with the disclosure at the daily health bulletin.

She also revealed that 586 patients have made full recovery from Covid-19, raising the total number of recoveries to 1,36,839.

The recovery rate in Bangladesh is over 56 percent while the fatality rate remains at 1.31 percent on the 21st week of infection.

Among the new 22 deaths, 17 were male and five were female. Nearly 80 percent of total victims have been men in Bangladesh.

With eight new deaths, Dhaka division so far has recorded over 1,500 deaths since Mar 18.

Among the newly deceased, 20 died in hospitals and two died at home. 17 of them were male and five were female.

At present 18,720 people are in isolation while 55,369 are home and institutionally quarantined in the country.