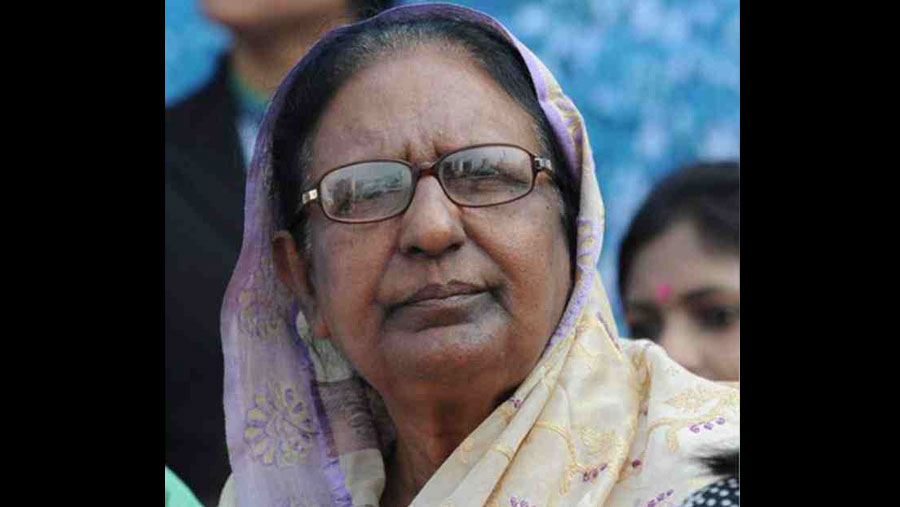 Senior Awami League leader and former home minister Sahara Khatun has died at a Bangkok hospital at the age of 77. The MP from Dhaka-18 breathed her last at 11:25 p.m. BdST on Thursday, local media reported citing her aide Anisur Rahman, who was accompanying her there.

She was admitted to a hospital in Dhaka on Jun 2 with a fever, allergy and other preexisting conditions and later moved to the intensive care unit when her condition deteriorated.

She was flown to Thailand and admitted to Bumrungrad Hospital last Monday.

A member of the Awami League’s presidium, Sahara Khatun is a three-time MP from the Dhaka seat.

She was made the home minister in 2009 and later served as the post and telecommunication minister.

Expressing deep shock at the death of Sahara Khatun, Prime Minister Sheikh Hasina, said Sahara Khatun, a soldier of Bangabandhu’s ideals, worked all her life for people’s rights and in establishing democracy.

“The county has lost an honest, efficient and skilled leader,” said the Finance Minister adding that she always stood beside Awami League leaders and activists and provided legal assistance.