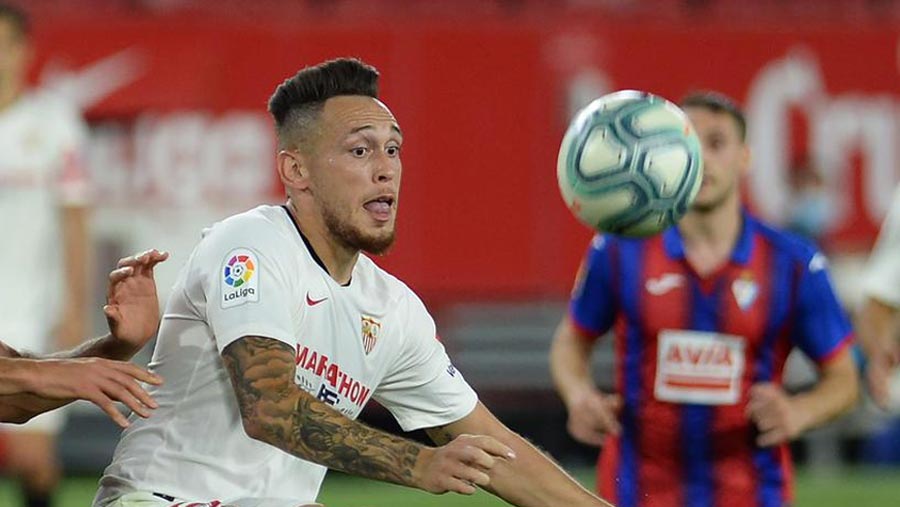 Sevilla beat Eibar 1-0 in Spain’s La Liga on Monday (Jul 6) and look a good bet to qualify for the Champions League with four matches to play.

The victory lifts fourth placed Sevilla six points clear of the team below them Villarreal, who were thumped by F. C. Barcelona on Sunday.

Earlier in the evening Real Sociedad’s poor run since the restart continued with a 1-1 draw at Levante, meaning they have dropped from the top four to seventh.

Sevilla can thank their on-form Argentine Lucas Ocampos who fired home the winner on 56 after nice work from Jesus Navas.

This was a second straight win for Sevilla after four consecutive draws after the restart of La Liga.

Real Sociedad took the lead against Levante through Sweden’s Alexander Isak after 12 minutes, but were pegged back on 16 by Jos, Luis Morales from a speculative cross-shot.

Barca’s 4-1 win at Villarreal reduced the gap at the top to Real Madrid to four points with four games left setting up a tense finish to the season.

Madrid ground out a 1-0 win over Athletic Bilbao at San Mames, with a Sergio Ramos penalty proving the difference.