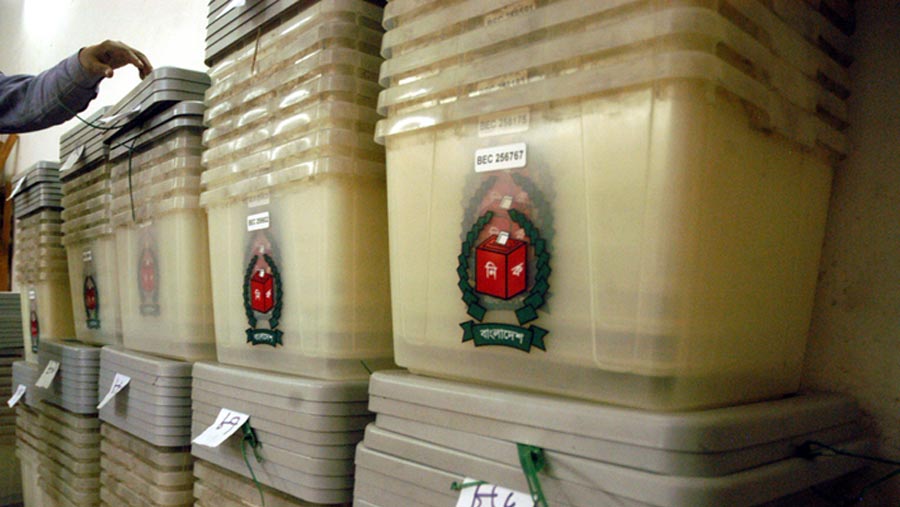 Bangladesh Election Commission has announced general holiday in Bogura-1 and Jashore-6 on Jul 14 as the two parliamentary seats go into by-polls on that day. The commission in a letter on Monday (Jul 6) requested the public administration ministry to take necessary measures for implementation of the general holiday, local media reported.

The Election Commission also imposed a 24-hour general ban on all kinds of vehicular movements including baby taxi, auto-rickshaw, electric-charge based three or four wheelers called easy-bike, pickup truck or covered van, tempo vehicles, taxicab, car and locally made microbus, jeep and truck from midnight of Jul 13 to midnight of Jul 14.

The commission also imposed a 72-hour ban on motorcycle movements from midnight of Jul 12 to midnight of Jul 15. The ban will be relaxed for contending candidates, their polling agents, local and international election observers (having identity cards) after getting permission of the respective returning officers.

The Election Commission sent another letter to road transport and bridges ministry to this end.

The commission also imposed a 24-hour ban on movement of all kinds of water vessels from midnight of Jul 13 to midnight of Jul 14 in the constituencies but for urgent needs, vessels would be allowed as per the permission of the returning officer or proper authorities. The Commission also sent a letter to the Shipping Ministry in this regard.