Madrid near title with 1-0 victory over Bilbao 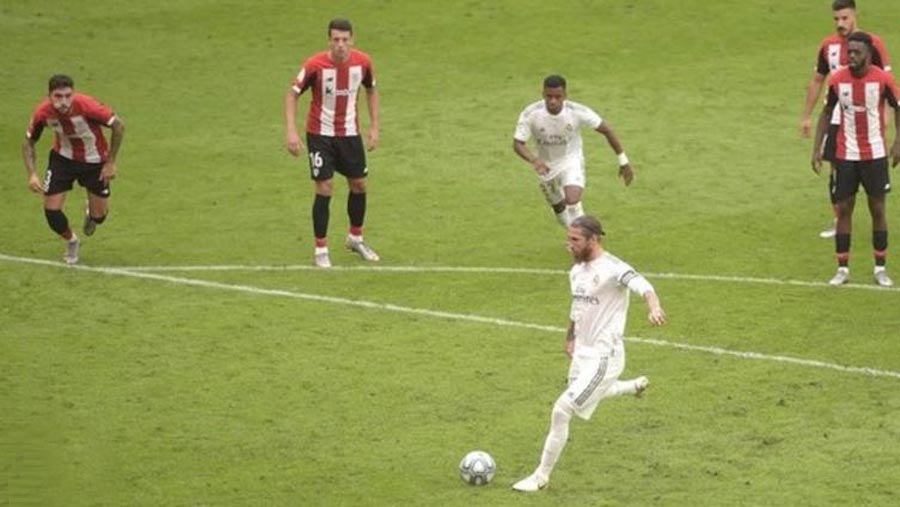 Sergio Ramos scored the only goal for a second consecutive game as Real Madrid beat Athletic Bilbao to move closer to the La Liga title.

Ramos slammed home a penalty – just as he did on Thursday against Getafe – after Dani Garcia fouled Marcelo in a decision given by VAR.

He has scored five goals in seven matches – all wins – since the restart.

Defending champions Barcelona took the gap back to four points when they beat Villarreal 4-1 on Sunday night.

Real Madrid's win over Athletic Bilbao was a game of few goalscoring chances, with Thibaut Courtois making only one save.

Courtois became the first goalkeeper to keep 17 clean sheets for Real in a single La Liga season since Francisco Buyo in 1994-95.

Zinedine Zidane's side only need to win three of their remaining four games to secure a second La Liga title since 2012.