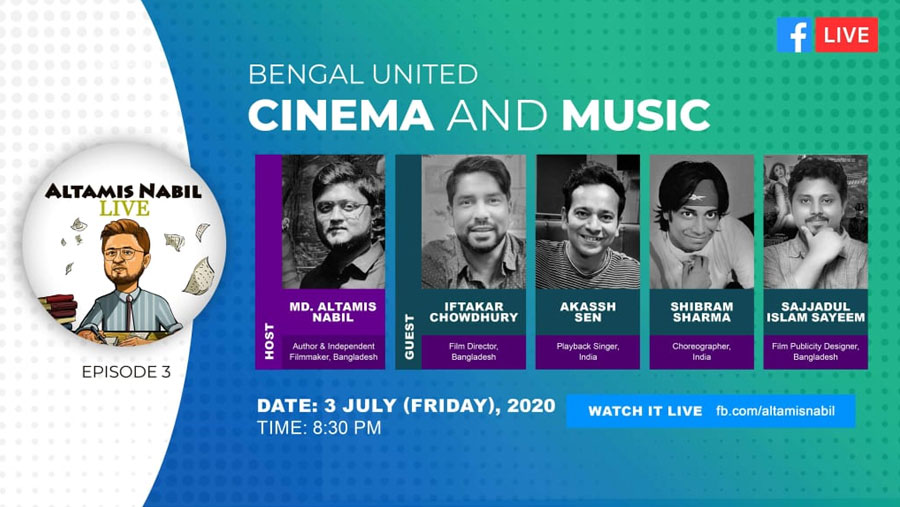 The connection on culture and language of both West Bengal, India and Bangladesh are from the time of British partition. It goes on with different sectors, specially on entertainment arena.

Author and independent filmmaker Altamis Nabil is coming up with the third episode of his show named Altamis Nabil Live with some celebrated director, playback singer, choreographer and publicity designer from Indian Tollywood and Bangladeshi film industry.