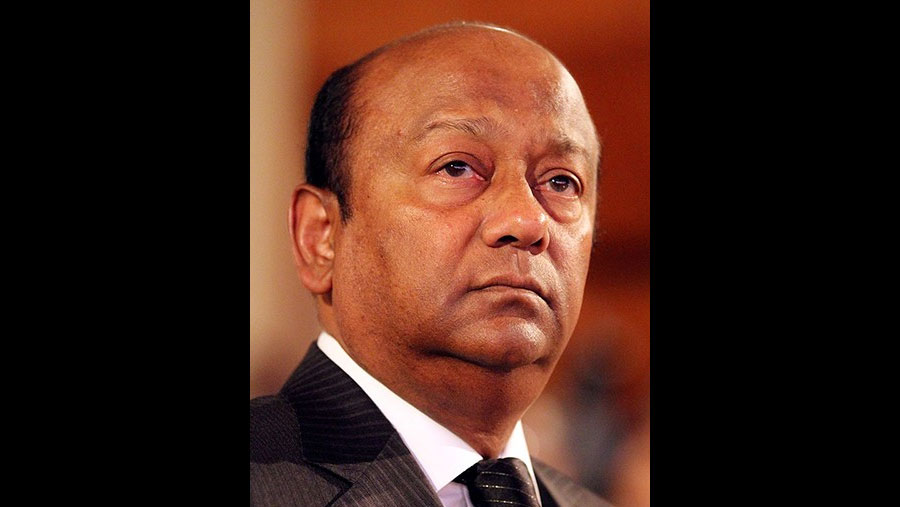 Latifur Rahman, chairman and CEO of Transcom Group, passed away at his village home, Chauddagram, on Wednesday (Jul 1) afternoon. He was 75.

He had been suffering from old age complications and breathed his last around 1 p.m., local media reported citing family sources.

He is survived by wife, one son and two daughters.

Latifur Rahman's body was brought to the capital and the namaz-e-janaza was held at Azad Masjid in Gulshan after Esha prayers. Later, he was laid to eternal rest at the Banani Graveyard.

Latifur’s another daughter Shazneen Tasnim Rahman was killed in 1998 at her residence in Gulshan in the capital.

He had been suffering from various illness for the two years, and he used to live at his village home most of the time.

Latifur died on the day of the death anniversary of his grandson Faraaz Ayaaz Hossain. Faraaz was killed on Jul 1, 2016 in a militant attack on the Holy Artisan Restaurant in Dhaka. He was a student of a university in the United States.

Latifur Rahman was the chairman of the National Housing Finance and Investments.

Rahman was also president of the Metropolitan Chamber of Commerce and Industry, Dhaka for seven terms and of Bangladesh Employers’ Federation.

He was also chairman of the Bangladesh government’s Trade Body Reforms Committee and a member of Bangladesh Bank’s executive board.

Rahman is an honouree of  “Oslo Business for Peace Award 2012” and was awarded Business Executive of the Year 2001 by the American Chamber of Commerce in Bangladesh.

He has also been honoured with the “SAARC Outstanding Leader” award and Lifetime Achievement Award which was presented by the UK Bangladesh Catalysts of Commerce and Industry.