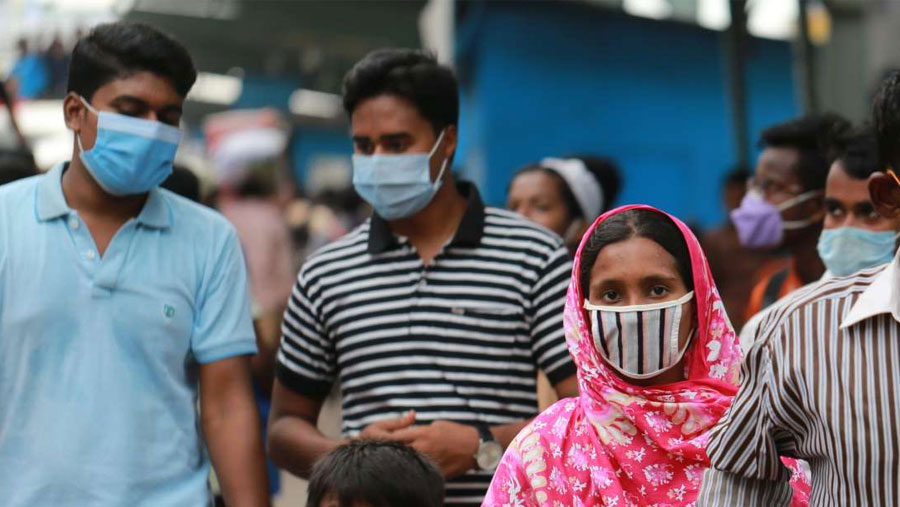 Bangladesh on Thursday (Jul 1) saw the highest-ever spike in coronavirus cases in a single day as 4,019 more people were diagnosed with the virus in a span of 24 hours. The death toll from the disease now stands at 1,926 as 38 more people died during the people.

With the fresh ones, the total number of confirmed cases in the country surged to 1,53,227 since the detection of the first cases on Mar 8.

On Jun 17, the health authorities confirmed the detection of 4,008 new patients while 4,014 patients in a single day on Jun 29.

The daily infection rate for Thursday was recorded at 21.89 percent.

Additional Director General of the Directorate General of Health Services (DGHS) Prof Dr Nasima Sultana came up with the disclosure at the daily health bulletin of DGHS.

Against the number of total tests, Dr Nasima noted, the infection rate is 19.10 percent in the country.

Against the total number of detected cases, the recovery rate in the country is 43.35 percent while the mortality rate 1.26 percent.

Since the beginning of the outbreak, Dr Nasima noted, the government has kept increasing the number of tests.

Among the new deceased, 32 were male and six were female, she said.

33 people died at hospitals across the country while five others at their homes, Dr Nasima added.

New 518 COVID-19 patients were admitted to different hospitals in the last 24 hours and 736 recovered patients were released during the period.

Dr Nasima reiterated that the government will charge fees for collecting COVID-19 samples for testing. She, however, noted that cash memos will be provided to sample givers. The collected money will go to the public coffer.

She urged every organisation to comply with the quarantine guideline while dealing with employees.

“If someone is affected by COVID-19, then it’s a must to stay in quarantine for 14 days, and if the symptoms are gone that person must remain in quarantine for another 14 days... There is no need for follow-up tests,” she added.

Another 960 people were taken to isolation in the last 24 hours while 675 were released and 15,757 are currently in isolation.

During the period, another 2,894 people were home and institutionally quarantined and 3,168 were released. At present, 63,608 people are quarantined across the country.