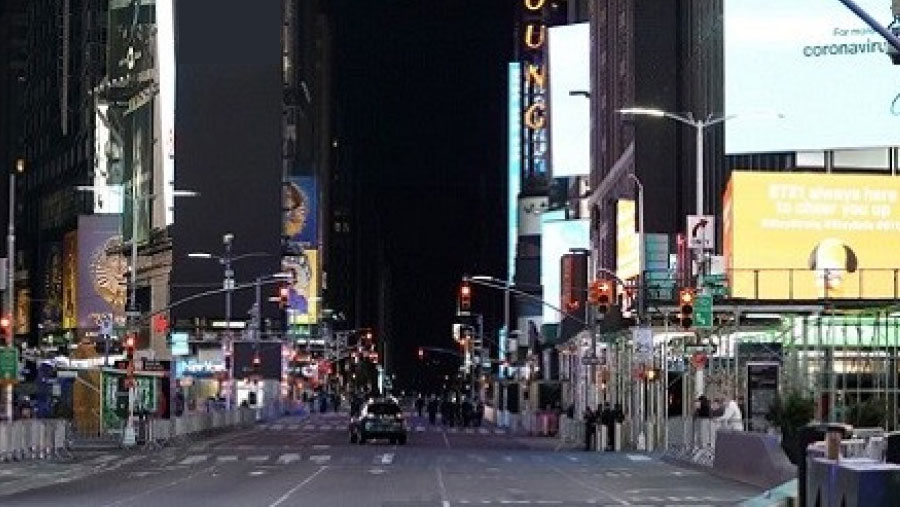 New York’s mayor Bill de Blasio on Tuesday (Jun 2) extended a night-time curfew for the city until Jun 7 following outbreaks of violence and looting during anti-racism protests gripping America. The mayor added that the deployment of National Guard soldiers, seen in other protest-hit states and demanded by President Donald Trump, was not necessary however.

It comes after a curfew on Monday that began at the later time of 11:00 p.m. failed to deter rioters from looting a number of luxury stores across Manhattan.

Broken glass and boarded up shops were seen across Midtown early Tuesday after a night of carnage.

The famous Macy’s department store, Michael Kors on Fifth Avenue, along with Nike, Lego and electronics shops were among upmarket shops to be looted.

Trump, whose New York home is near the stores, took to Twitter twice on Tuesday morning to demand that local leaders “act fast” and call up the National Guard.

Several US cities have deployed the guard in the face of angry protests against police brutality following the killing of unarmed black man George Floyd by police during an arrest in Minneapolis last week.

“We will take steps immediately to make sure there will be peace and order,” said a visibly angry mayor, as he announced the lengthened curfew.

De Blasio added it was not “wise” to bring in the National Guard.

But New York Governor Andrew Cuomo said the guard stood ready if requested, adding that the NYPD and de Blasio “did not do their job” in failing to stop the looting.

He described the violence as “a disgrace” and “inexcusable.”

New York’s curfew will end just as the city prepares to begin reopening its shattered economy on Monday following more than two months of lockdown due to the Covid-19 outbreak.