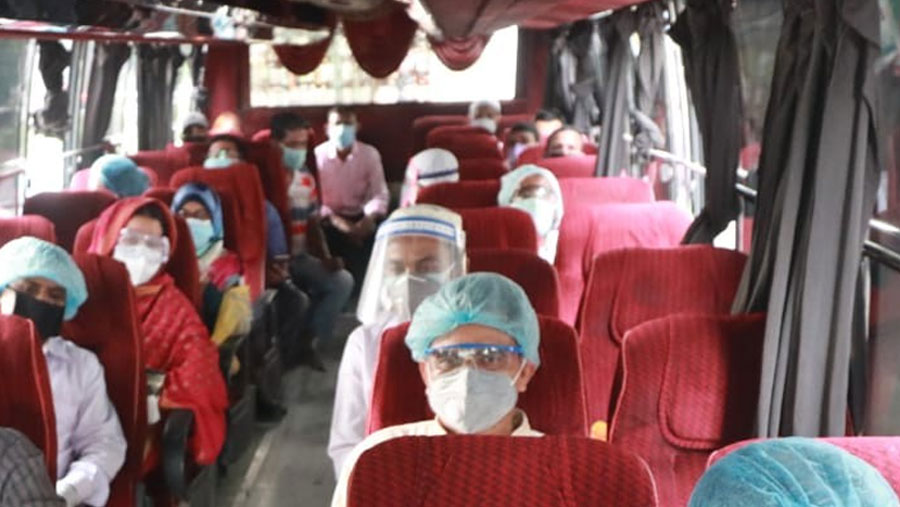 Road transport services, including buses and minibuses, resumed Monday morning after being suspended more than two months back to slow the transmission of Covid-19 in the country.

The bus operators are charging 60 percent more than the previous bus fare as per the government circular.