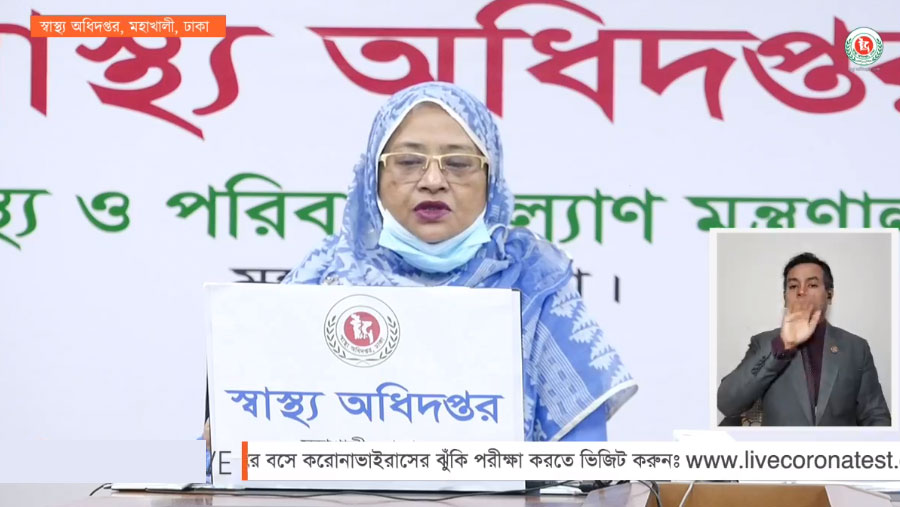 Bangladesh on Thursday (May 28) saw the highest-ever jump in coronavirus (Covid-19) cases in a single day as the health authorities confirmed the detection of record 2,029 new patients in the last 24 hours, raising the total cases to 40,321. During the period, 15 more people died from the fast spreading disease, taking the death tally to 559. In the last 24 hours 500 Covid-19-infected people made full recovery in the country. So far, 8,425 patients have recovered from the disease in country.

Additional Director General of the Directorate General of Health Services (DGHS) Prof Dr Nasima Sultana came up with the disclosure at the daily online  bulletin.

In the last 24 hours, 49 coronavirus testing laboratories across the country tested 9,310 samples, she added.

Previously, the highest number of confirmed coronavirus cases in a day was 1,975 which was recorded on May 25.

The infection rate in Bangladesh has been recorded at 21.79 per cent on Thursday, Dr Nasima said. Against the total number of detected cases, the recovery rate is 20.89 percent, she added.

The mortality rate is still hovering around 1.4 percent in country.

Among the deceased, 11 were male and four were female. In the last 24 hours, seven died in Dhaka division and eight in Chattogram division.

Dr Nasima revealed that 10 of the deceaed were aged within 51 and 70 years.

In Dhaka division, six patients died in the capital and one died in Narayanganj.

Shaheed M. Monsur Ali Medical College in Sirajganj is the latest in country to carry out RT-PCR tests.

248 more people were taken to isolation in the last 24 hours while 4,001 were home and institutionally quarantined during the same period.