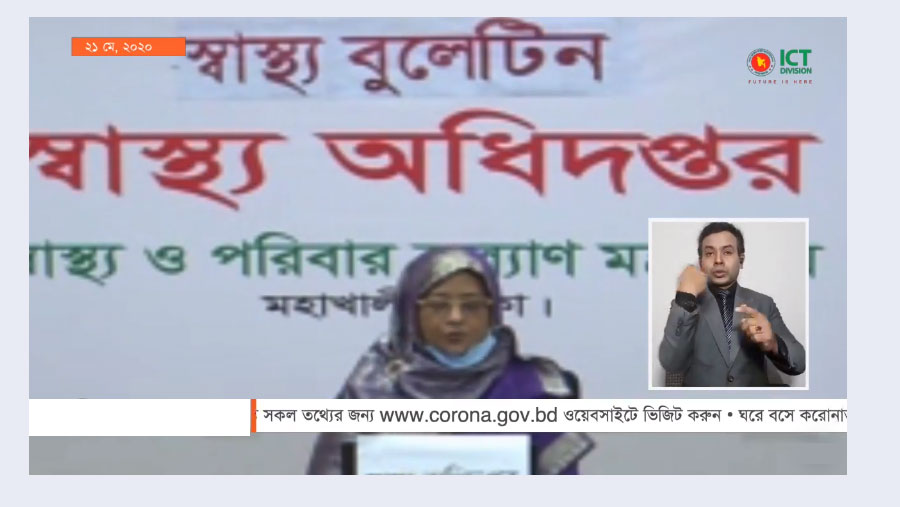 Bangladesh’s confirmed coronavirus (Covid-19) cases surged to 28,511 with the detection of 1,773 more new cases in the span of 24 hours on Thursday. Besides, the fast spreading virus claimed 22 more lives during the same period, raising the death toll in the country to 408.

Prof Dr Nasima Sultana, Additional Director General of the Directorate General of Health Services (DGHS), came up with the disclosure at the regular online briefing.

This is the highest number of deaths due to Covid-19 recorded in a day in the country.

Among the deceased, 10 were from Dhaka, eight from Chattogram, three from Sylhet and another was from Mymensingh division.

Meanwhile, 395 Covid-19 patients have recovered since yesterday, taking the total number of recovered people to 5,602.

A total of 154 people were put under isolation in the last 24 hours, she added.

Bangladesh has been recording an increasing number of cases over the past few weeks. The first cases were announced on March 8 and the health authorities confirmed the first death on Mar 18.

The confirmed coronavirus cases in various countries of the world are now 5,085,504 while the death tally from the deadly virus climbed to 329,731 as of Thursday morning.