Factories can be operated with workers currently in Dhaka 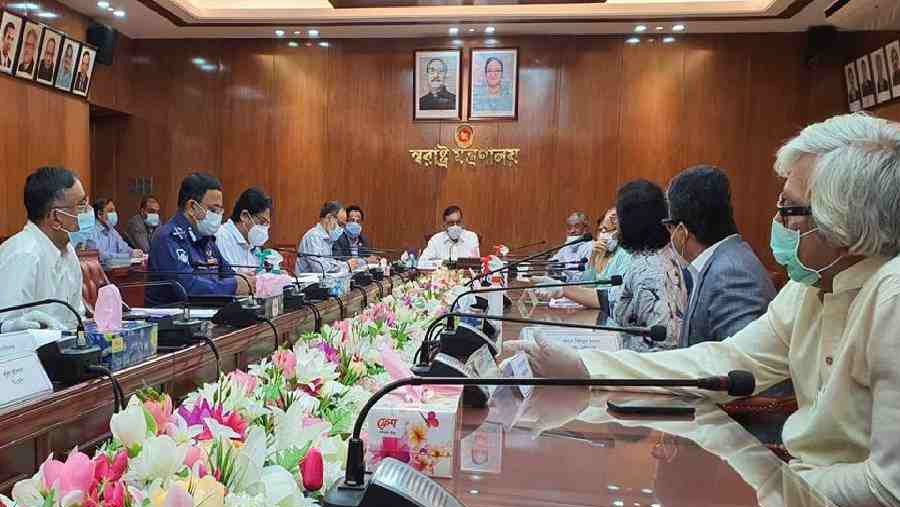 Home Minister Asaduzzaman Khan on Tuesday (Apr 28) said steps have been taken so that garment workers cannot enter Dhaka from outside as RMG factories will be operated on a limited scale with workers staying in Dhaka now.

“Garment factory workers who are now available in Dhaka can join factories… no one from outside will be allowed to come to Dhaka for work, and necessary steps have been taken in this regard,” he said.

The minister came up with the government decision while talking to media after attending a meeting with the owners of garment factories held at the Secretariat.

During the meeting, the garment owners said they are operating garment factories with the workers available in Dhaka on a limited scale and they are maintaining hygiene issues, said Asaduzzaman.

The authorities concerned are aware about it, he said.

“The garment factory owners said 98 percent wages of the workers for the month of March have been paid while the rest will be paid soon. Besides, the wages for the month of April will be disbursed soon,” said the minister.