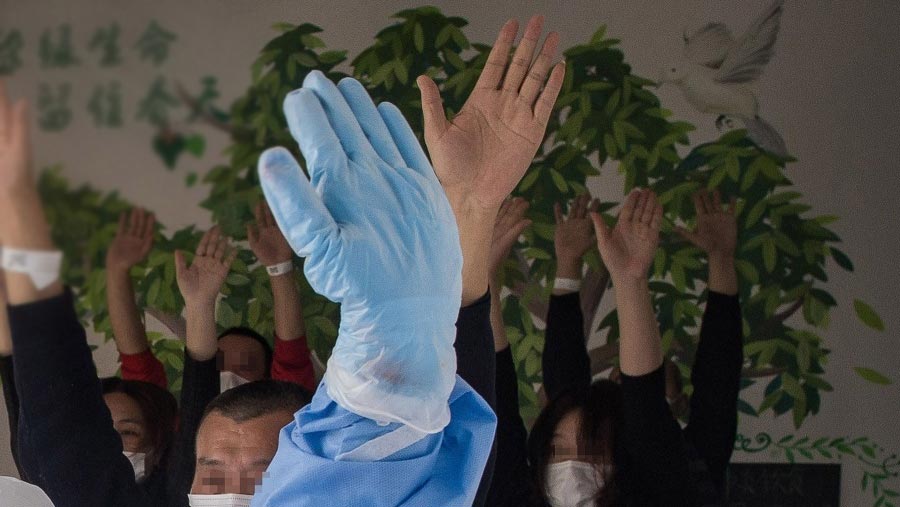 The city in China where the coronavirus pandemic began, Wuhan, has partially re-opened after more than two months of isolation.

Crowds of passengers were pictured arriving at Wuhan train station on Saturday (Mar 28).

People are being allowed to enter but not leave, according to reports.

Wuhan, the capital of Hubei province, saw more than 50,000 coronavirus cases. At least 3,000 people in Hubei died from the disease.

But numbers have fallen dramatically, according to China's figures. On Saturday the province reported 54 new cases emerging the previous day - which it said were all imported.

As it battles to control cases coming from abroad, China has announced a temporary ban on all foreign visitors, even if they have visas or residence permits. It is also limiting Chinese and foreign airlines to one flight per week, and flights must not be more than 75% full.

Meanwhile, the virus continues to spread rapidly in other countries around the world.

* More than 600,000 infections have been confirmed globally and almost 29,000 deaths, according to figures collated by Johns Hopkins University. Nearly 136,000 patients have recovered

* The death toll in Spain has exceeded 5,000, after it reported 832 more fatalities in the past 24 hours. Spain is the world's worst hit country after Italy

* The US now has the highest number of confirmed infections at 104,000

* South Korea says that for the first time it now has more people who have recovered from the virus than are still infected. It reported 146 new cases on Saturday, taking the total to 9,478 - of whom 4,811 have been released from hospital

* Russia and Ireland are among the latest countries to bring in new restrictions to try to slow the spread of the virus. In Russia, shopping centres, restaurants and cafes have been ordered to close. In Ireland, people will have to stay at home with limited exceptions for the next two weeks

* In the UK, frontline National Health Service staff in England will begin being tested this weekend to see if they have coronavirus