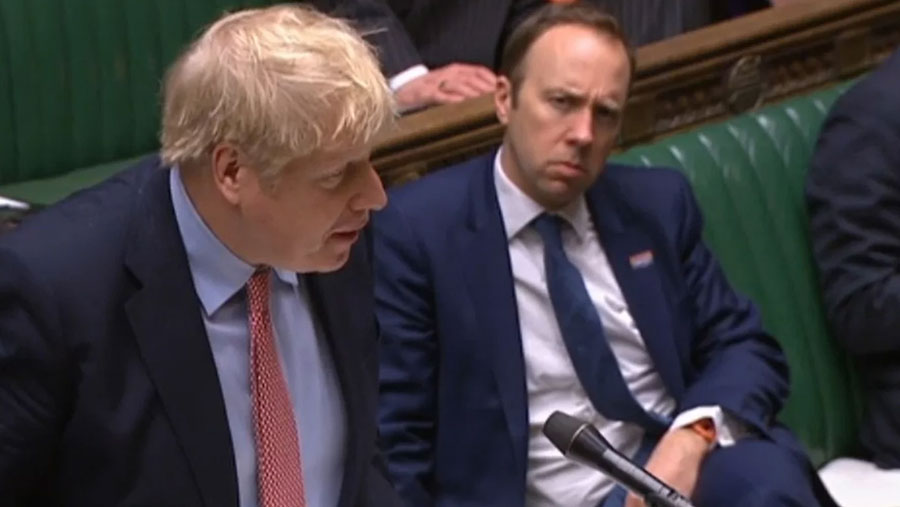 England's Chief Medical Officer, Professor Chris Whitty, who has been ever-present at the Prime Minister's side for briefings on the coronavirus response, has also gone into self-isolation after experiencing symptoms.

Simon Stevens, the CEO of the NHS, gave the daily update on the UK's response to the coronavirus crisis in the Prime Minister's stead, alongside Cabinet Office Minister Michael Gove.

Stevens confirmed there were 6,200 patients with confirmed cases of COVID-19 in hospitals in England. Figures released on Friday showed the number of deaths in the UK had risen by 181 in a day, with the total rising to 759.

"Over the last 24 hours I have developed mild symptoms and tested positive for coronavirus," Boris Johnson said in a video posted to Twitter.

"I am now self-isolating, but I will continue to lead the government’s response via video-conference as we fight this virus."

“The test was carried out in No 10 by NHS staff and the result of the test was positive.

“In keeping with the guidance, the Prime Minister is self-isolating in Downing Street.

“He is continuing to lead the government’s response to coronavirus.”

Health Secretary Matt Hancock also took to social media shortly after his boss to announce he had tested positive for COVID-19 with mild symptoms, and would also be working from home.

The Prime Minister's chief medical officer Chris Whitty announced on the same afternoon he was self-isolating with symptoms.

The flurry positive tests amongst the team leading the country's fight against the virus comes after another high-profile figure, heir to the British throne Prince Charles, also tested positive for the virus.

The United Kingdom has closed bars, restaurants and schools and asked people to stay at home to avoid transmission.