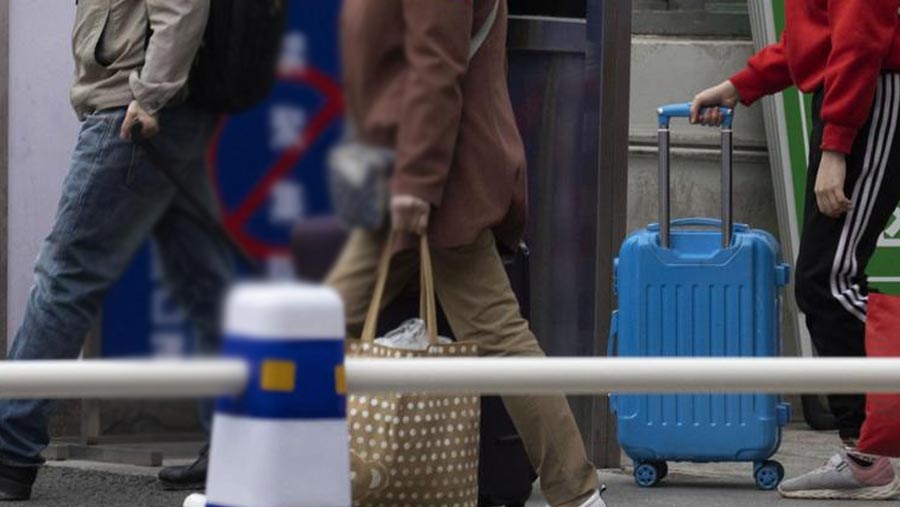 China has announced a temporary ban on all foreign visitors, even if they have visas or residence permits.

The country is also limiting Chinese and foreign airlines to one flight per week, and flights must not be more than 75% full.

Although China reported its first locally-transmitted coronavirus case for three days on Friday, almost all its new cases now come from abroad.

There were 55 new cases across China on Thursday - 54 of them from overseas.

The Chinese Foreign Ministry said it was "suspending the entry of foreign nationals" because of the "rapid spread of Covid-19 across the world".

The suspension applies to people with visas and residence passes, but not to diplomats or those with C visas (usually aircraft crew).

People with "emergency humanitarian needs" or those working in certain fields can apply for exceptions.

Although the rules seem dramatic, many foreign airlines had already stopped flying to China - and a number of cities already had restrictions for arrivals.

Last month, for example, Beijing ordered everyone returning to the city into a 14-day quarantine.