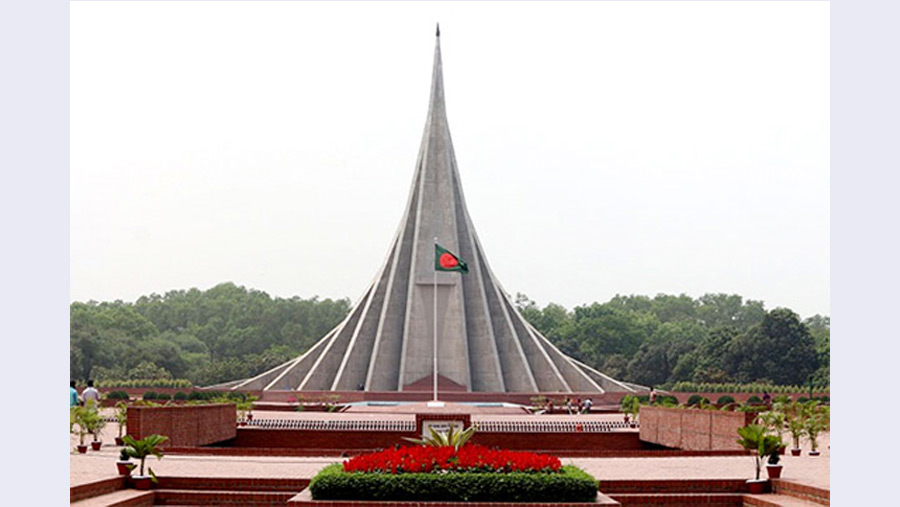 The Independence and National Day is today.

In the wake of the deadly novel coronavirus, the government has suspended all programmes of the day.

On the eve of the day, President Md. Abdul Hamid and Prime Minister Sheikh Hasina gave separate messages extending heartfelt greetings and warm felicitations to the countrymen living both at home and abroad.

Paying tributes to the martyrs and veterans of the War of Liberation at the national mausoleum at Savar has been suspended.

Usually on that day, President Hamid and PM Sheikh Hasina place wreaths early in the morning as a mark of profound respect to the memories of the martyrs. But this year, all programmes have been suspended.

Different political parties as well as socio-cultural and professional organisations have also suspended all programmes to avoid public gathering and maintain social distancing following the directives of the government as well as the World Health Organization (WHO).

Every year, the Mar 26 brings the most tragic reminiscence of the history’s blackest episode that heralded a nine-month bloody ordeal from the night of Mar 25, 1971, achieving the long-cherished independence on Dec 16 the same year at the cost of a sea of blood.

In the wake of the military crackdown, Father of the Nation Bangabandhu Sheikh Mujibur Rahman, who became the undisputed leader of the then Pakistan following the massive victory of his party, Awami League, in the 1970 general elections, declared the independence of Bangladesh through the then EPR (East Pakistan Rifles) wireless at 00-30 hours on Mar 26 (the night following Mar 25) in 1971 at his historic road no. 32 residence at Dhanmondi in Dhaka.

The great leader also called upon the people to build up strong resistance against the Pakistani barbaric occupation forces.

The Pakistani military junta, in a bid to stop the legitimate movement of the Bangalees, arrested Bangabandhu on that night following his declaration of independence.

Later, Bangabandhu was taken to the then West Pakistan where he had to spend nine months in a dark condemned cell.

Bangabandhu wrote down the declaration of independence soon after the Pakistani army cracked down on the fateful night of Mar 25, 1971.

The declaration of independence was soon put on air by wireless. The declaration was first broadcast by Awami League leader M A Hannan from Kalurghat Radio Station in port city of Chattogram on Mar 26, 1971.

However, on Mar 27, 1971, the then Major Ziaur Rahman announced the proclamation of independence on behalf of great leader Bangabandhu Sheikh Mujibur Rahman from the same radio station.

The Pakistani military junta in their monstrous outburst unleashed a bloody holocaust breaking the silence of the night following Mar 25 in 1971 when they mercilessly killed hundreds of innocent sleeping Bangalees, including teachers, students, police, soldiers, pedestrians and rickshaw-pullers, in Dhaka.

The nation soon launched the War of Liberation at the call of Father of the Nation Bangabandhu Sheikh Mujibur Rahman in the early hours of Mar 26.

Bangladesh emerged as an independent and sovereign country on Dec 16, 1971 with the surrender of the Pakistani occupation forces, who killed three million innocent civilians, perpetrated atrocities on two lakh Bangalee women and burnt down lakhs of houses across the country during the nine-month bloody war.