Coronavirus pandemic is accelerating, WHO warns 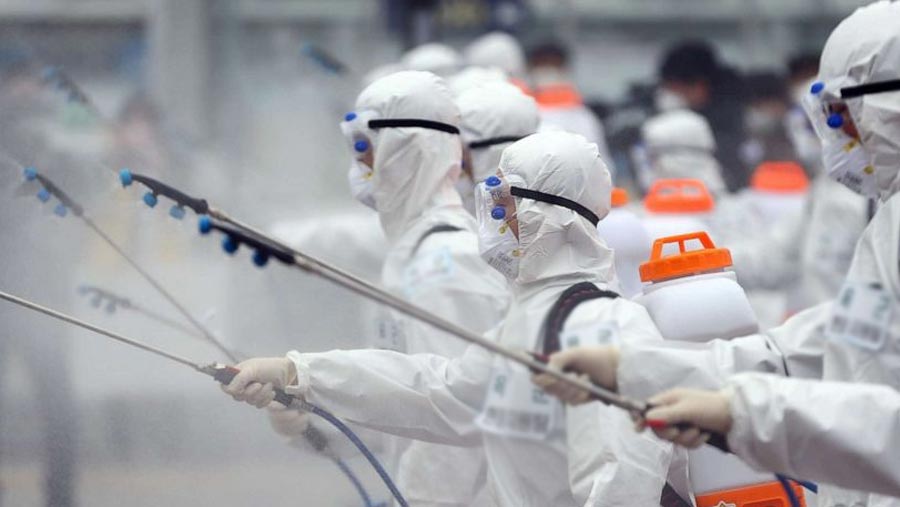 But WHO Director General Tedros Adhanom Ghebreyesus said it was still possible to "change the trajectory".

He urged countries to adopt rigorous testing and contact-tracing strategies.

"What matters most is what we do. You can't win a football game by defending. You have to attack as well," he told a joint news conference with FIFA president Gianni Infantino to launch a "kick out coronavirus" campaign featuring footballers.

Dr Tedros said asking people to stay at home and other physical-distancing measures were an important way of slowing down the spread of the virus, but described them as "defensive measures that will not help us to win".

"To win, we need to attack the virus with aggressive and targeted tactics - testing every suspected case, isolating and caring for every confirmed case, and chasing and quarantining every close contact."

Dr Tedros expressed alarm at reports from around the world of large numbers of infections among health workers, which appeared to be the result of a shortage of adequate personal protective equipment.

He said the WHO has been working with its partners to rationalise and prioritise the use of protective equipment, and to address the global shortage of it.

But he noted: "Measures put in place to slow the spread of the virus may have unintended consequences of exacerbating shortages of essential protective gear and the materials needed to make them."

The WHO chief called for "political commitment and political co-ordination at the global level" and said he would ask leaders of the G20 group of nations this week to work together to boost production of protective equipment, avoid export bans and ensure equity of distribution on the basis of need.

* The UK is waking up to lockdown after new, stricter measures announced by PM Boris Johnson

* Donald Trump insists the US will "soon be open for business", as more states shut down