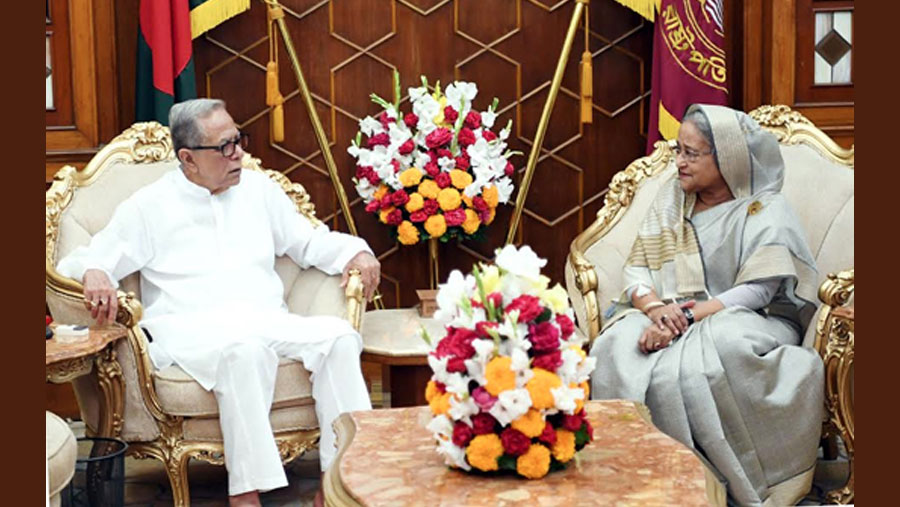 The government on Saturday (Mar 21) scrapped the Independence Day ceremonies in view of the coronavirus outbreak across the world, including Bangladesh, and considering public health. The decision was taken after a meeting between President Md. Abdul Hamid and Prime Minister Sheikh Hasina at Bangabhaban, a presidential palace spokesperson said.

“The meeting decided to cancel all the major Independence Day functions due to the coronavirus or COVID-19 outbreak,” President’s press secretary Joynal Abedin told media.

He said placing of wreaths at the National Memorial on Mar 26 as part of the state programmes, civic reception at Bangabhaban and distribution of Independence Day medals were the ceremonies which would not be held this year considering the public health.

The press secretary said the novel coronavirus situation and the country’s preparedness in combating the pandemic dominated the head of the state’s hour-long meeting with the premier in the afternoon.

“Both of them urged the countrymen to be cautious instead of being panicked,” Abedin said.

During the meeting, they also enquired each other about their health.

Earlier, the President welcomed the head of the government at Bangabhaban with a bouquet in the afternoon.

The PM also presented a bouquet to the head of the state.