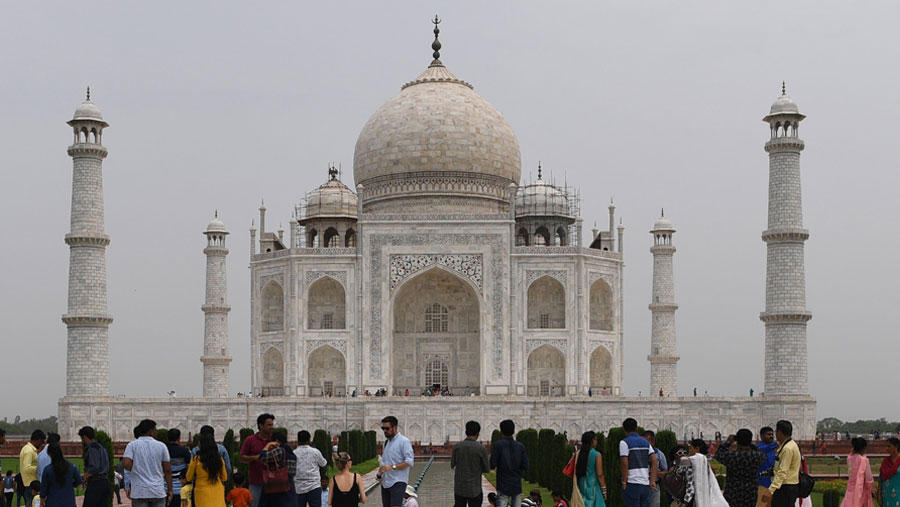 India's iconic monument Taj Mahal has shut down to halt the spread of the coronavirus, officials say. The culture ministry said tens of thousands visit the "monument of love" every day and it was "imperative to shut it down".

The Taj Mahal is one of the world's leading tourist attractions, and draws as many as 70,000 people every day.

India has 126 reported cases of Covid-19 and three related deaths. It has tested 6,000 people so far.

On Tuesday (Mar 17), the Indian government announced that all monuments and museums run by the Archaeological Survey of India across the country have also been shut to keep people safe.

Culture Minister Prahlad Patel said all the 143 monuments and museums would remain shut until Mar 31 and the decision would be reviewed after the shutdown period.

India has taken a number of steps to halt the spread of Covid-19:

* All visas, barring a select few categories, have been suspended for a month

* Schools, colleges and movie theatres in most states have been shut until Mar 31

* The Indian Premier League (IPL), featuring nearly 60 foreign players and scheduled to begin on Mar 29, has been postponed to Apr 15

India's health ministry says it was among the first countries in the world to prepare for an outbreak of the respiratory illness, and denied allegations that it was slow in testing suspected cases.

The government says it's prepared and has now allowed even private labs to test, apart from government-run labs.