Australia orders all arrivals to self-isolate for 14 days 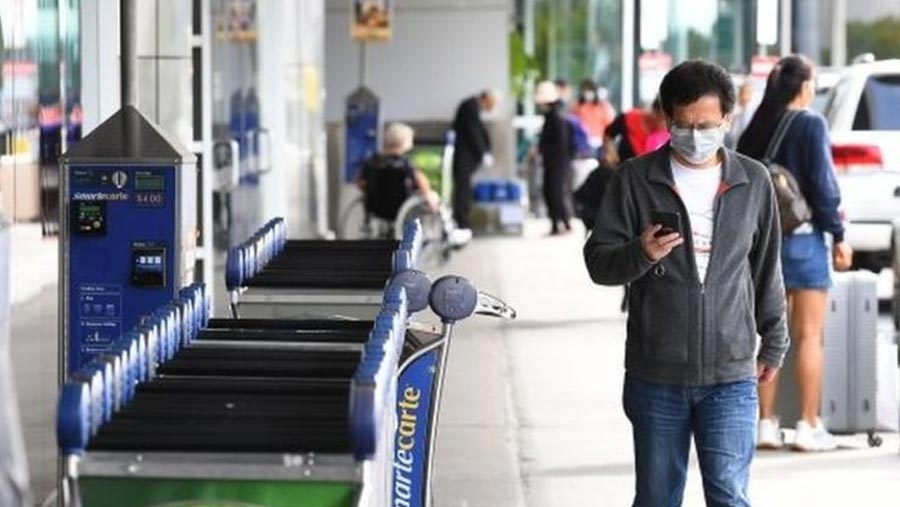 * Those arriving in Australia from midnight will go into self-isolation
* International cruise ships won't be allowed to dock for 30 days
* "Social distancing" is still being encouraged, including no hand shakes

Australia's Prime Minister has ordered a 14-day self-isolation for anyone arriving in the country to try to halt the spread of the coronavirus.

"This is very important," Scott Morrison said at a briefing, adding that the measure would take effect from midnight on Sunday (13:00 GMT).

The measures mirror those announced by New Zealand on Saturday.

Foreign cruise liners will also be banned from docking in Australia for 30 days, but schools will remain open.

No more handshakes
Australians are being urged to keep their hands in their pockets and remain at least 1.5 metres away from people.

The updated advice was presented to the Government today from Australia's top medical experts.

That includes no more handshakes and Federal Cabinet will now conduct its meetings via video conference so politicians are not in the same room.

Mr Morrison said MPs will be required to change the way they work and reduce interaction with the public.