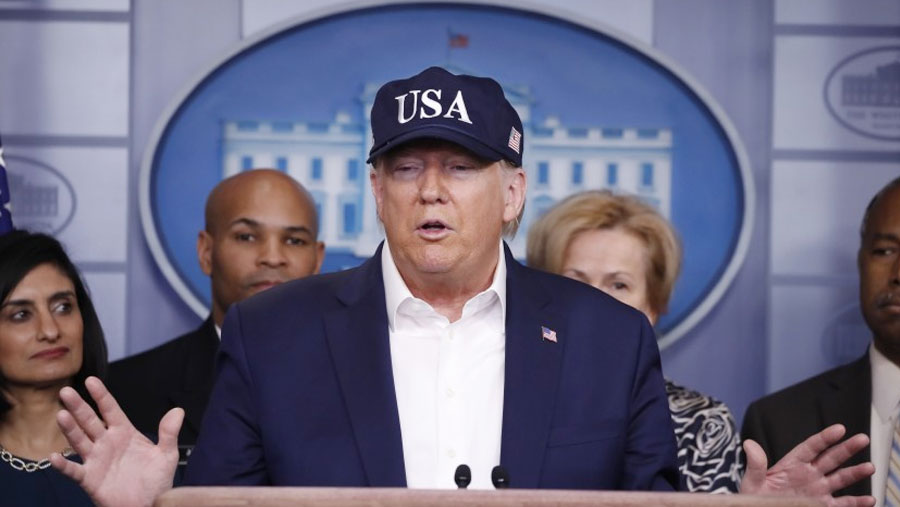 U.S. President Donald Trump has tested negative for the novel coronavirus, his physician said Saturday (Mar 14), following concerns over his exposure to a disease that has paralyzed the globe. Trump agreed to the test after coming in contact with several members of a Brazilian presidential delegation visiting his Florida resort who have since tested positive for the virus. “This evening I received confirmation that the test is negative,” the president’s physician Sean Conley said in a memo. “One week after having dinner with the Brazilian delegation at Mar-a-Lago, the President remains symptom-free,” he said.

U.S. President Donald Trump has tested negative for the coronavirus, the White House physician has said.

"This evening I received confirmation that the test is negative," Sean Conley said in a statement on Saturday (Mar 14).

Mr Trump underwent a test days after hosting a meeting at his Florida resort with a Brazilian delegation, some of whom have tested positive. Fabio Wajngarten, an aide to the Brazilian president, was among those later confirmed to have the disease.

"One week after having dinner with the Brazilian delegation in Mar-a-Lago, the president remains symptom-free," Mr Conley said.

Mr Trump, aged 73, did not self-isolate after that meeting, saying he had no symptoms. But after a barrage of further questions during a new conference at the White House, he said he would get tested.

He was checked on Friday, the White House physician said.

Official U.S. advice is that people who have contact with a confirmed case should stay at home for 14 days.

On Friday, President Trump declared a national state of emergency to release $50bn to fight the spread of the virus.