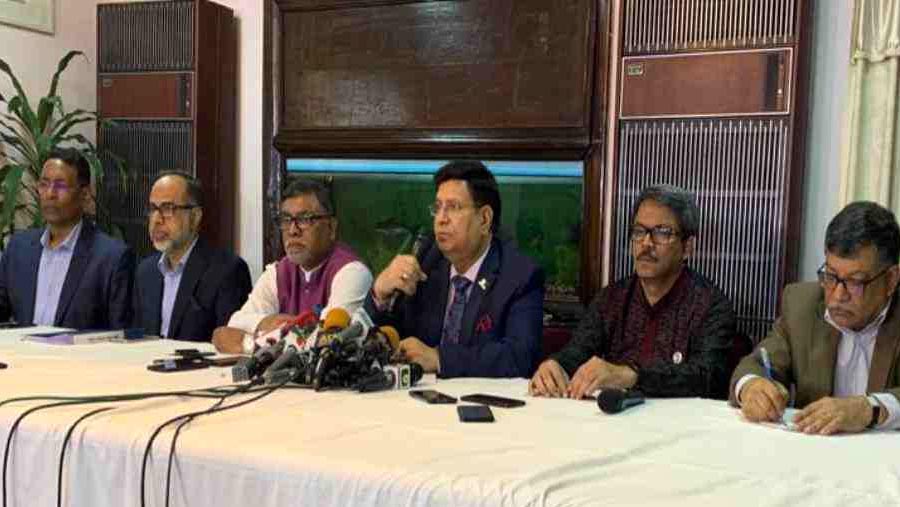 Bangladesh on Saturday (Mar 14) imposed a ban on traveler’s from all European countries except the UK and other nations, which have already restricted their borders, for next couple of weeks beginning Sunday (Mar 15) midnight to prevent the outbreak of deadly novel coronavirus.

“As per Prime Minister Sheikh Hasina’s directives, we have decided to impose the ban on travelers’ from those countries till Mar 31,” Foreign Minister A K Abdul Momen told newsmen at a crowded media briefing at the State Guest House Padma in Dhaka, local media reported.

The Foreign Minister said as the World Health Organization has declared the Europe as the new epicenter of the coronavirus (COVID-19), the government has taken the decision to protect its citizens from the outbreak.

“The ban will be imposed both for foreigners and Bangladesh nationals,” the Foreign Minister said.

“Numbers of countries across the world including India and Saudi Arabia took the same decision due to the outbreak of deadly virus,” Momen said.

The two-week ban will also be effective for those countries which have already restricted borders that including India, Saudi Arabia, Kuwait and Qatar.

“The countries those shut down travel from Bangladesh including India .. we will follow the same decision to those countries,” he said.

Besides, he said issuing of on-arrival visa to all countries have been also suspended within this period.

Momen said the government will take further steps about the ban after observing the global pandemic situation of the killer bugs after these two weeks “Our core responsibility is to protect health of our citizens,” he said.

Moreover, the foreign minister said the passengers who are coming from coronavirus hit countries must have go to self-quarantine.

Alam said this ban has been imposed only for passengers not for cargos. “Cargo flights will be continued,” he said.

Alam said the Bangladeshi expatriates who are coming from Italy, most of them returned here breaching the directions of Italian government and suppose to get fined after their return.

Under the all circumstance, he said the government has decided to impose the ban from all travelers of Europe including its nationals.

The state minister said Prime Minister concerned and sympathized about the situation expatriates Bangladeshis residing in different countries in Europe including Italy and she urged them to face the challenges there with patience.