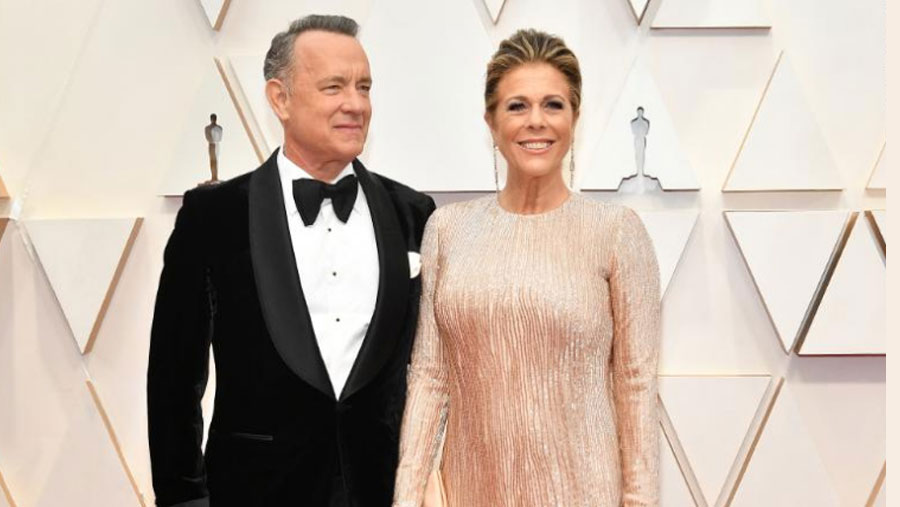 Tom Hanks and his wife Rita Wilson have tested positive for coronavirus while in Australia for a film project, the Oscar-winning U.S. actor said Thursday (Mar 12).

Actor Tom Hanks says he and his wife, actress Rita Wilson, have been diagnosed with coronavirus.

In a statement posted to Instagram, Hanks said he and his wife were traveling in Australia when they were tested after exhibiting symptoms like tiredness, body aches, chills and "slight fevers."

"Well, now. What to do next? The Medical Officials have protocols that must be followed. We Hanks' will be tested, observed, and isolated for as long as public health and safety requires. Not much more to it than a one-day-at-a-time approach, no?" he wrote.

A representative for Hanks confirmed the news to media and had no additional comment.

Warner Bros. confirmed the actor was in Australia doing pre-production work on a film about singer Elvis Presley.

"We are working closely with the appropriate Australian health agencies to identify and contact anyone who may have come in direct contact with the individual," Warner Bros. said in a statement.

"The health and safety of our company members is always our top priority, and we are taking precautions to protect everyone who works on our productions around the world."

Baz Luhrmann is going to direct.

Hanks said he and his wife will "keep the world posted and updated."

According to the World Health Organization, there are currently more than 120 confirmed cases of coronavirus in Australia.