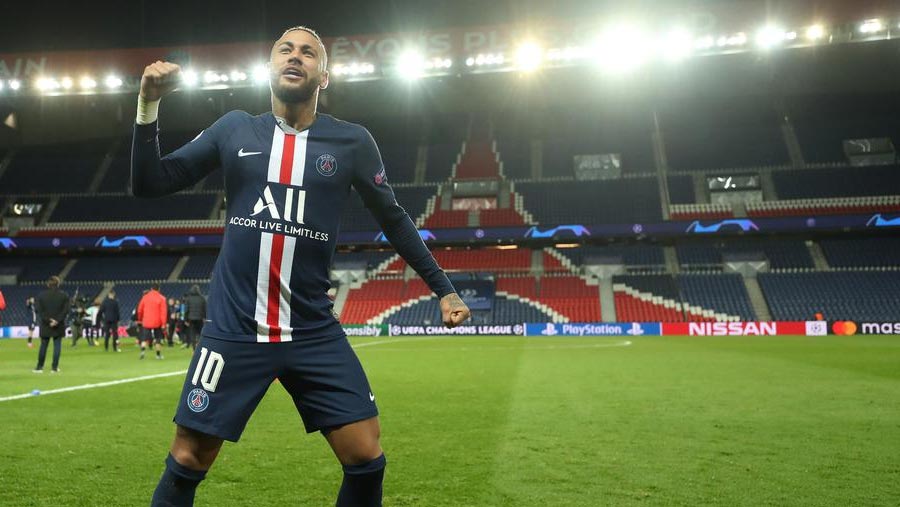 Paris Saint-Germain overcame a one-goal deficit to reach the Champions League quarter-finals for the first time since 2016, beating Borussia Dortmund 2-0 to progress 3-2 on aggregate. Coronavirus fears ensured the contest was played out in a surreal setting behind closed doors. However, Neymar headed the Parisians in front on away goals when he rose unmarked (28) for his 17th strike of the season, cancelling out Dortmund's 2-1 lead from the first leg three weeks ago.

Paris Saint-Germain rid themselves of their Champions League curse as they overturned a 2-1 deficit against Borussia Dortmund inside an empty Parc des Princes to reach the last eight.

Concerns over the coronavirus meant fans were barred, but many gathered outside the stadium and celebrated when Neymar headed PSG into the lead.

Juan Bernat made it 3-2 on aggregate when he turned in Pablo Sarabia's ball.

Dortmund's Emre Can saw red late on after two bookings in quick succession.

PSG's players celebrated wildly at full-time before greeting the hundreds of supporters who remained outside the Parc des Princes.