Tottenham crash out of C' League with defeat to Leipzig 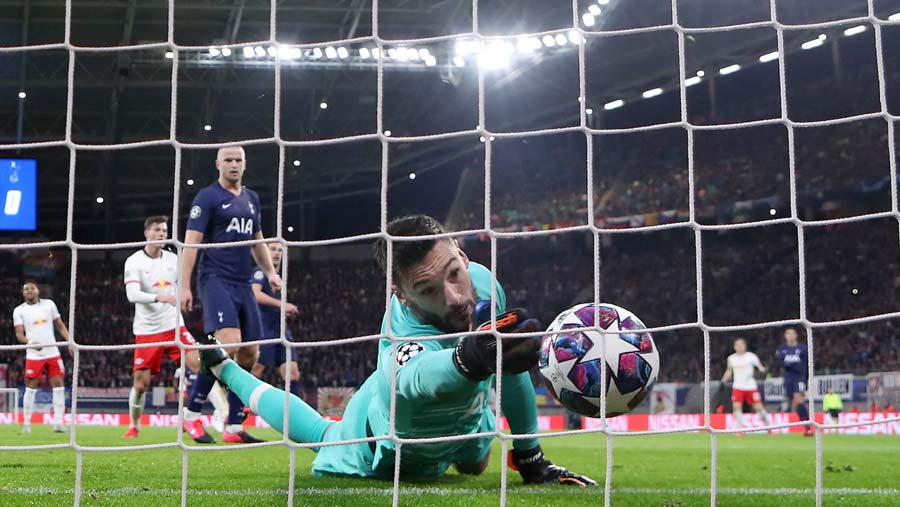 Tottenham Hotspur exited the Champions League without a fight as RB Leipzig ran out 3-0 winners on Tuesday (Mar 10) to reach the quarter-final, going through 4-0 on aggregate.

Tottenham Hotspur's Champions League campaign came to an end as they were well beaten by RB Leipzig in the last 16.

The German club - who were only formed 10 years ago - led 1-0 from the first leg in London and Marcel Sabitzer's double at the Red Bull Arena put Leipzig in control.

Spurs keeper Hugo Lloris should have done better for both goals - getting a hand to both the Leipzig captain's 20-yard shot and near-post header.

Emil Forsberg scored with his first touch after coming off the bench to give Leipzig a 4-0 aggregate win.

Injury-hit Spurs never looked capable of mounting a comeback like the one against Ajax last season which took them to the final and will now finish the season without a trophy again.

Jose Mourinho's side - who have not won in six games in all competitions - will need to find some form if they are to be back in this tournament at all next season. They are seven points behind the top four in the Premier League.