Barca-Napoli to be played behind closed doors 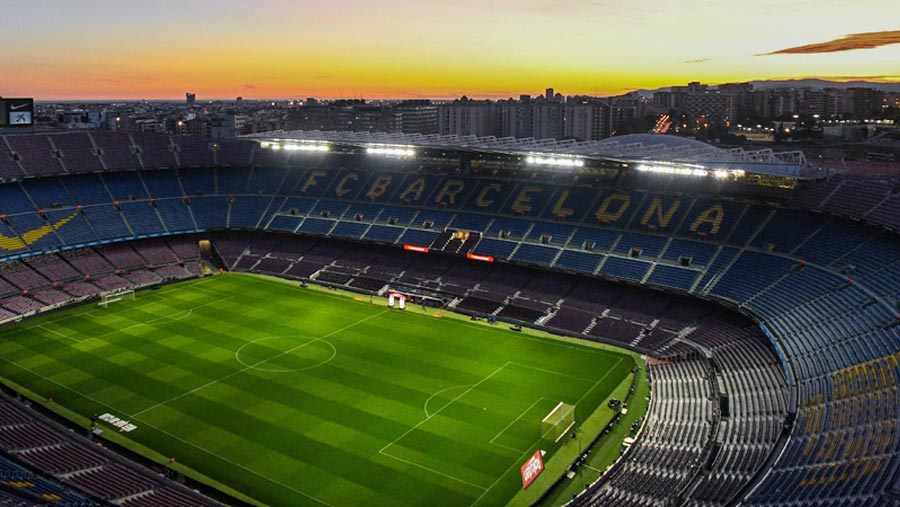 The Champions League last-16 second leg between Barcelona and Napoli will be played behind closed doors due to the ongoing threat of the coronavirus. The regional government of Catalonia had on Monday recommended the match go ahead on March 18 but without fans present at Camp Nou.

F.C. Barcelona's Champions League match against Napoli will be played in an empty stadium because of the coronavirus outbreak, the club said Tuesday (Mar 10).

The Spanish club said no fans will be allowed in to watch the match at Camp Nou on Mar 18. The teams drew 1-1 in the first leg in Italy.

Tuesday's Champions League game between Valencia and Atalanta in Spain was also played in an empty stadium. Two Europa League matches in the country also have been affected — Sevilla vs. Roma on Thursday and Getafe vs. Inter Milan on Mar 19.

Spain's health minister on Monday announced a sharp spike in coronavirus cases in and around Madrid, and said all schools in the region will close for two weeks from Wednesday.

There were more than 1,200 confirmed cases in Spain on Monday, with 28 deaths and 74 people in intensive care.

For most people, the new coronavirus causes only mild or moderate symptoms, such as fever and cough. For some, especially older adults and people with existing health problems, it can cause more severe illness, including pneumonia.