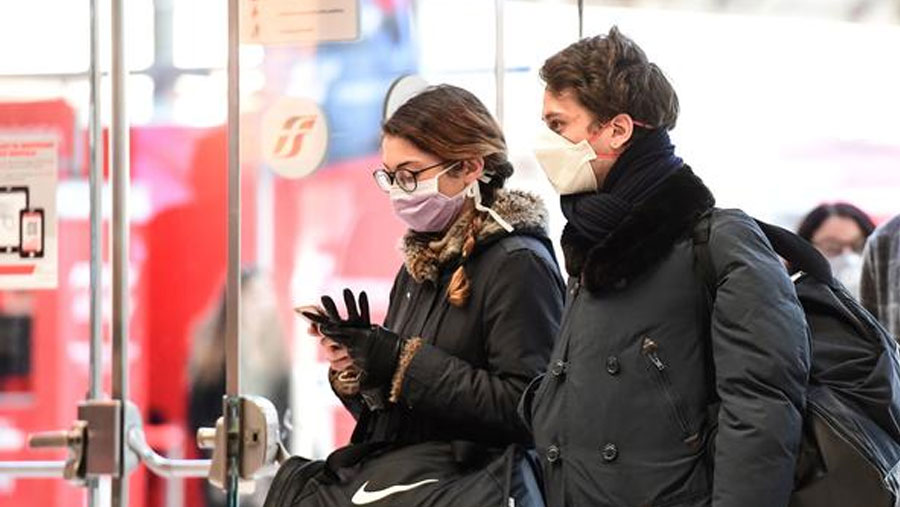 The number of people to have died from the coronavirus in Italy has shot up by 133 in a day to 366, officials say. The total number of infections leapt 25% to 7,375 from 5,883, according to the Civil Protection agency.

The jump in figures comes as millions adapt to radical measures introduced on Sunday in an attempt to contain the outbreak.

Up to 16 million people in Lombardy and 14 provinces need special permission to travel under new quarantine rules.

Prime Minister Giuseppe Conte also announced the closure of schools, gyms, museums, nightclubs and other venues across the whole country.

The restrictions will last until Apr 3.

The latest figures mean Italy now has the highest number of confirmed infections outside China, where the outbreak originated in December. It has overtaken South Korea, where the total number of cases is 7,313.

Italy has one of the world's oldest populations. The virus is particularly dangerous for the elderly and those with underlying health conditions.

Among the latest people to test positive in Italy is the army's chief of staff. Salvatore Farina said he felt well and was self-isolating.

The strict new quarantine measures affect a quarter of the Italian population and centre on the rich northern part of the country that powers its economy.

The health system is under immense strain in Lombardy, a northern region of 10 million people, where people are being treated in hospital corridors.

"We want to guarantee the health of our citizens. We understand that these measures will impose sacrifices, sometimes small and sometimes very big," Prime Minister Conte said as he announced the measures in the middle of Saturday night.

Under the new measures, people are not supposed to be able to enter or leave Lombardy, where Milan is the main city.

The U.K. Foreign Office advises against all but essential travel to these areas.

Some transport in and out of the regions affected continued on Sunday. Flights still arrived at Milan's Malpensa and Linate airports, though some scheduled flights were cancelled.

However, Italy's national carrier Alitalia said it would suspend all operations from Malpensa from Monday and Linate would only serve domestic routes. International flights would continue to and from Rome.