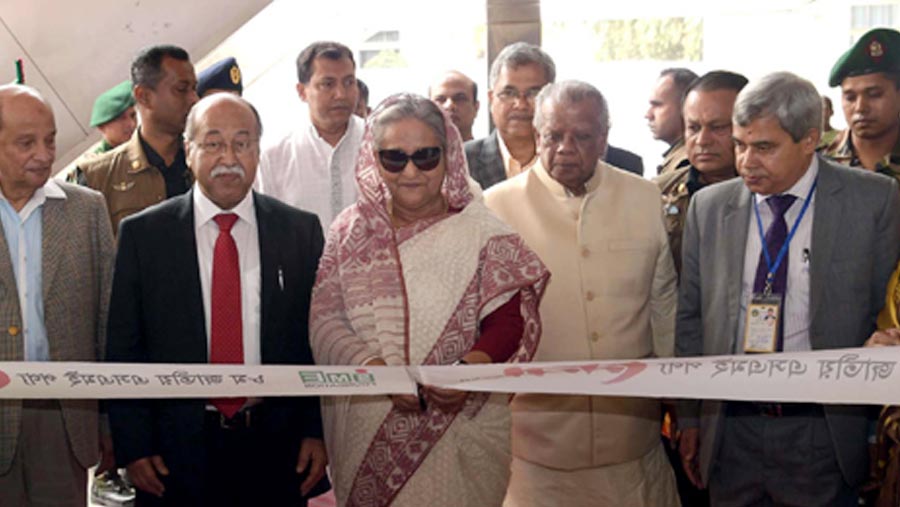 The ‘8th National SME Product Fair 2020’ kicked off in the city today with a view to promoting SME products and bringing the local small and medium entrepreneurs under a single square of roof.

Prime Minister Sheikh Hasina inaugurated the nine-day fair as the chief guest at a function at the Krishibid Institution, Bangladesh (KIB) Auditorium at Farmgate in Dhaka this morning.

SME Foundation is organising the fair at the Bangabandhu International Conference Centre (BICC) in the capital, local media reported.

At the function, the PM handed over the “National SME Entrepreneurs Award 2020” among two female and three male entrepreneurs. Each winner received Taka 100,000, a trophy and a certificate.

A total of 296 SME entrepreneurs, including 195 women, will display their products, including jute, agriculture and leather goods, electrics and electrical items, light engineering products, handicrafts and plastic and synthetics items in the fair, Industries Minister Nurul Majid Mahmud Humayun told a press conference on Monday. No foreign products will be allowed in the fair, he added.

Five seminars on the promotion of SME entrepreneurs and SME products will be organised during the fair.

The titles of the seminars at the fair are ‘Light Engineering Product Year 2020’, ‘Participation of SME Women Entrepreneurs in Export: Challenges and Potentialities’, ‘Role of SMEs in Achieving Sustainable Development Goals in Bangladesh,’ ‘Expansion of SME Product Marketing through Using Online Platform,’ and ‘Digital Finance for SMEs’.

The fair will remain open from 10 a.m. to 8 p.m. for visitors and there will be no entry fee.