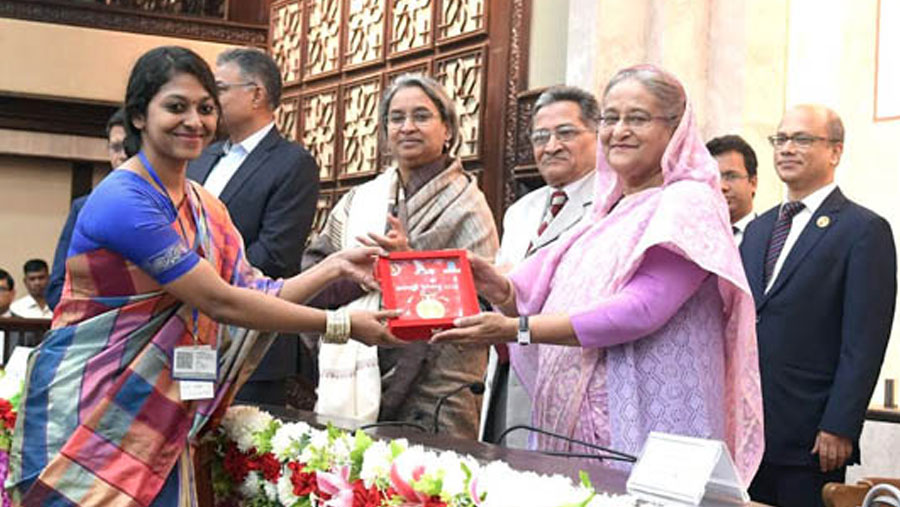 A total of 88 female students including a Nepalese and 84 male students received the Prime Minister Gold Medal - 2018 as they secured the highest CGPA and marks in their faculties.

Two of the awardees, Md. Mobarack Hossain and Sharmin Sultana expressed their gratitude to the prime minister for taking pragmatic measures for the overall development of education and their feelings of getting the medal.

In 2017, a total of 163 students were awarded Prime Minister Gold Medal for their outstanding academic results.