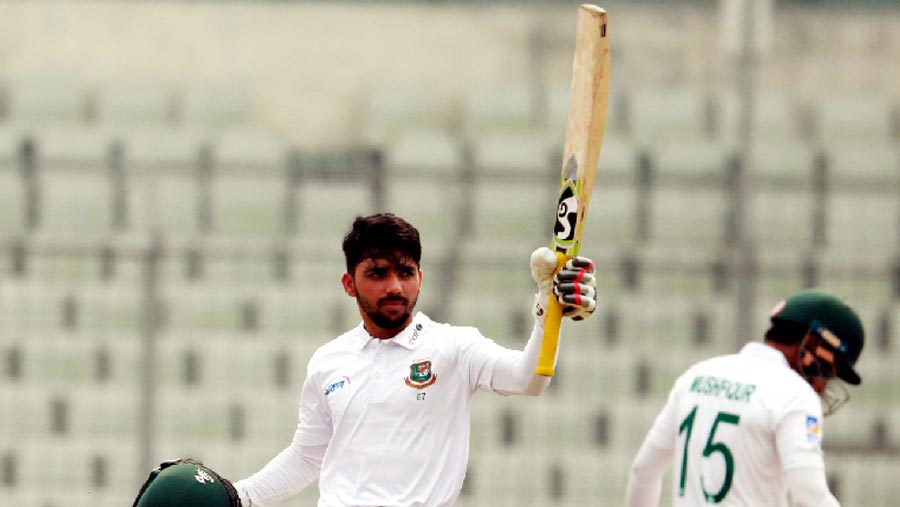 In the prematch press-conference, Mominul had told the media that he is upbeat to hit a century in this game. The left-handed batsman kept his words hitting his first century as the captain of Bangladesh.

Mominul had hit his last century against West Indies back in 2018 in Chattogram. He played 14 Test innings since then but failed to score a century.

The southpaw took 156 balls to reach his ninth hundred with 12 fours. He drove Donald Tiripano to the long-off area and completed the century. It was one of finest shot in the innings.

While Mominul hit a ton, his partner in the fourth wicket stand - Mushfiqur Rahim - is also doing well and brought up his seventh Test ton.

Riding on this partnership, the Tigers added 60 runs in the first hour of day three without any noticeable trouble in the wicket. And within the first hour of the day, Bangladesh scored 304 for three in 86 overs and secured a lead of 39 runs with seven wickets in hand.

Earlier, Bangladesh ended day two on 240 for three in reply to Zimbabwe’s first innings total of 265.

Before Mominul and Mushfiqur, Bangladesh opener Najmul Hossian Shanto also struck a fifty (71), which was his maiden 50-plus score in international cricket.