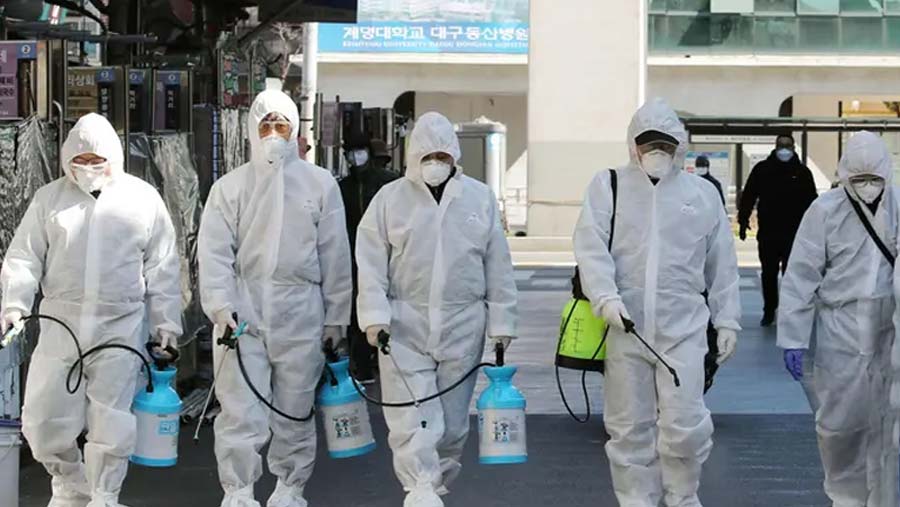 The fourth death was a man at a hospital in Cheongdo, a southern city connected to a religious sect, where around 100 cases were reported.

Among the latest cases, 75 were connected to the Shincheonji Church of Jesus in the southern city of Daegu, the Korean Centers for Disease Control and Prevention said in a statement.

Hundreds of members of the Shincheonji Church of Jesus have now been infected, starting with a 61-year-old woman who developed a fever on Feb 10 but attended at least four church services in Daegu before being diagnosed.

Daegu — which is South Korea’s fourth largest city with a population of 2.5 million and Cheongdo — the birthplace of Shincheonji’s founder Lee Man-hee — were designated as “special care zones” on Friday.