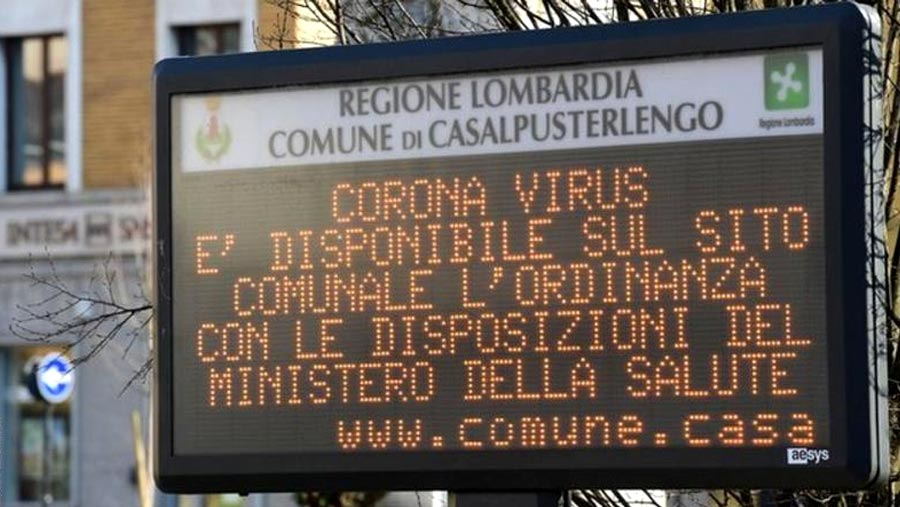 Title-chasing Inter Milan's clash against Sampdoria on Sunday (Feb 23) was one of three Serie A football matches postponed over coronavirus fears in northern Italy. Atalanta against Sassuolo and Hellas Verona versus Cagliari in the top flight were also pushed back to avoid the spread of the virus with 79 confirmed cases in an outbreak that has claimed two lives in Italy.

Inter Milan's game against Sampdoria is among three Serie A fixtures that have been postponed over fears of the spread of coronavirus. The suspension was announced by Italian Prime Minister Giuseppe Conte at a news conference on Saturday (Feb 22).

"Minister of Sport [Vincenzo] Spadafora intends to suspend all sporting events planned for Sunday in the Veneto and Lombardy regions," Conte said.

Inter Milan confirmed on Twitter the postponement of Sunday's game at the San Siro.

Earlier on Saturday, a number of other football matches had been postponed.

The action was taken as a woman from the northern region of Lombardy became the second person in Italy to die from the virus in 24 hours.

Cremonese's Serie B match against Ascoli and Piacenza v Sambenedettese in Serie C were among those fixtures postponed.

Serie D matches and a number of amateur and youth games in the Lombardy and Veneto regions were also called off.

Several towns in the Lombardy region have been placed on lockdown, with schools and offices closed and residents urged to stay away from accident and emergency departments.

The new virus, which originated last year in the Hubei province in China, causes a respiratory disease called Covid-19.

Outside China, more than 1,200 cases of the virus have been confirmed in 26 countries and there have been at least eight deaths, according to the World Health Organization (WHO).