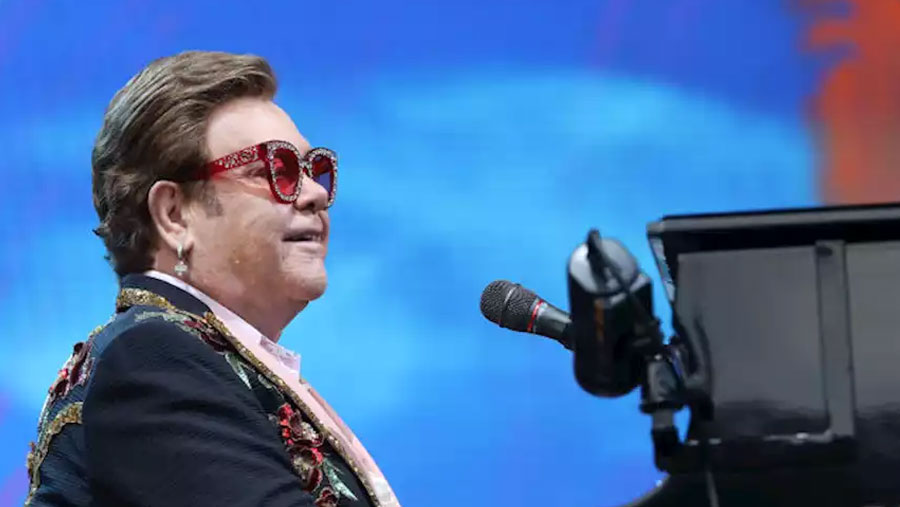 Elton John has said he was "deeply upset and sorry" for dramatically ending a concert in New Zealand after being shockingly diagnosed with walking pneumonia. The music legend, 72, was performing at Auckland's Mount Smart Stadium on Sunday when he heartbreakingly lost his voice and broke down in tears on stage causing the show to finish early. In footage shared by fans on social media, Sir Elton is seen crying as he is escorted from the stage while thousands of concert-goers give him a standing ovation. The global singing icon shared an emotional revelation with his 2.6 million Instagram followers hours later to announce his devastating health news.

A visibly upset Sir Elton John has been forced to cut short a concert in New Zealand after falling ill with walking pneumonia. The musician, 72, lost his voice mid-way through his set at Auckland's Mount Smart Stadium on Sunday.

"I've just completely lost my voice. I can't sing," Sir Elton told the crowd. "I've got to go. I'm sorry." Sir Elton appeared to break down in tears as he leaned on his piano and shook his head.

The audience gave the English singer a rapturous ovation as he walked gingerly off stage, helped by several assistants.

Earlier in his set, Sir Elton told the sold-out crowd he had been diagnosed with walking pneumonia on Sunday.

The concert was one of a number of New Zealand shows on Sir Elton's Farewell Yellow Brick Road tour.

It is less severe than other types of pneumonia, with most sufferers not requiring medical attention. Symptoms are comparable to those of a bad cold, often including a cough, chest pain, a sore throat and a headache.

Sir Elton was checked by a medic halfway through the show and, despite his illness, was able to perform classics such as Candle in the Wind and All the Girls Love Alice. But ultimately, he was unable to finish the set, his voice giving way as he attempted to sing Daniel.

"I played and sang my heart out, until my voice could sing no more. I'm disappointed, deeply upset and sorry. I gave it all I had. Thank you so much for your extraordinary support and all the love you showed me during tonight's performance. I am eternally grateful. Love, Elton " he wrote.

On social media, concertgoers expressed sympathy for the singer, who remains one of the world's most in-demand live performers.

Sir Elton John announced in 2018 that he would stop touring in order to prioritise his family. But he announced he would say goodbye to fans with a series of 300 dates spanning three years.

The tour promoters said that Sir Elton's next shows in Auckland on Tuesday and Thursday would go ahead as planned.