Akbar named as captain of ICC U-19 team 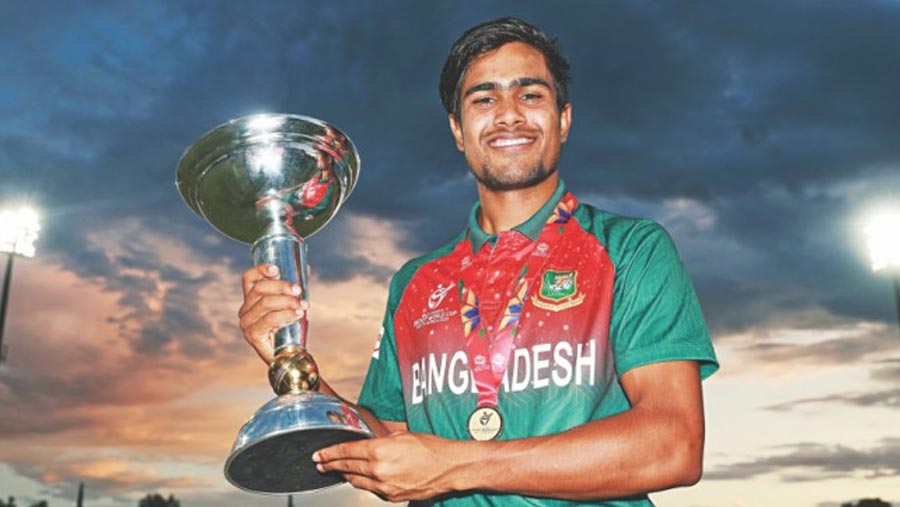 Bangladesh skipper Akbar Ali has been named captain of the ICC U19 World Cup team of the tournament. Two other Bangladesh players - Mahmudul Hasan Joy and Shahadat Hossain - were also included in the official team.

The young Tigers were 15 runs short of victory with three wickets in hand and nine overs to go when rain interrupted the match.

After a break of about 10 minutes, play resumed and the target was revised so Bangladesh needed seven runs off 30 deliveries. Captain Akbar Ali and Rakibul Hasan secured the result with 23 balls to spare.

The player and team of the tournament were selected by a five-member panel. The members were commentators Ian Bishop, Rohan Gavaskar and Natalie Germanos, ESPN Cricinfo correspondent Sreshth Shah and ICC representative Mary Godbeer.