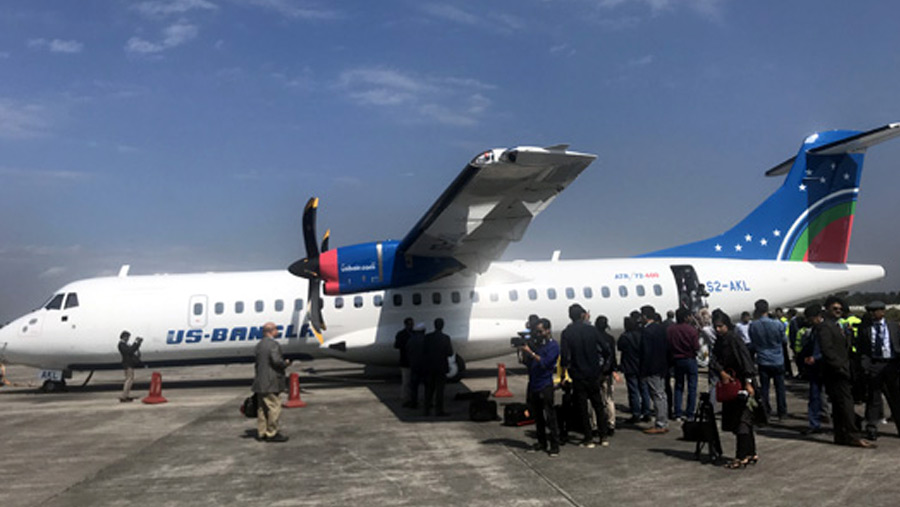 US-Bangla Airlines will add four more brand new ATR 72-600 aircraft to its fleet by October 2020 to raise the number of flights on new domestic routes.

The airlines arranged a press briefing on Sunday (Feb 9), marking the inauguration of its brand new ATR 72-600 aircraft by operating a special flight on Dhaka-Sylhet-Dhaka route.

At the briefing, the airlines advisor Capt Sikder Mezbahuddin Ahmed said US-Bangla Airlines is working for becoming the best airline of the country and in the region as well.

He said the airlines decided not to operate any aircraft more than 10 year-old to provide safe and comfortable flights to its passengers.

The airlines started its journey on Jul 17, 2014 with two 76-seater Dash 8-Q400 aircraft, and with the maiden flight to Jashore. Within less than two years it went international with the introduction of flight to Kathmandu.