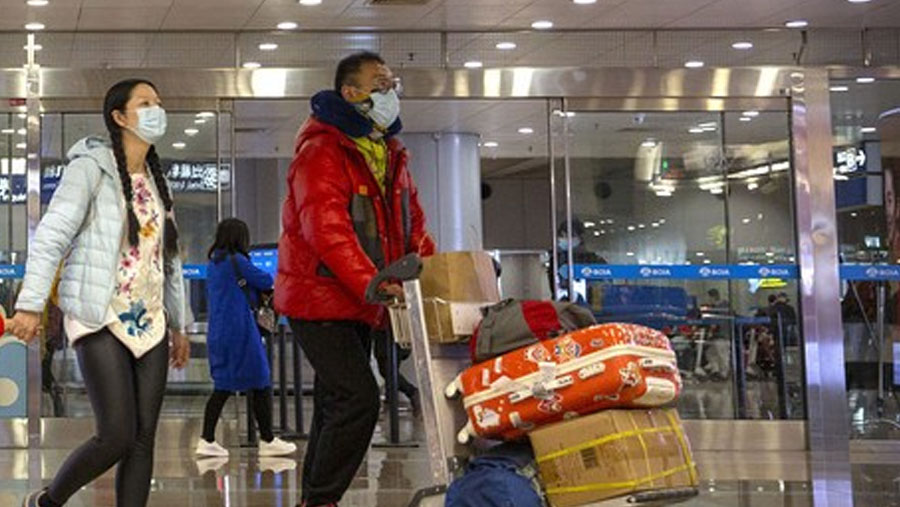 Bangladesh on Sunday (Feb 2) suspended the visa on arrival for Chinese citizens for an indefinite period amid coronavirus outbreak.

Bangladesh has decided to stop issuing on-arrival visas for Chinese nationals amid concerns over the spread of coronavirus, Foreign Minister A K Abdul Momen said today.

“This is a temporary decision,” he told at a press conference at the ministry ahead of the Prime Minister’s visit to Italy on Feb 4-8, local media reported.

The minister said during this period of time, the Chinese citizens will have to present medical certificates to secure Bangladeshi visas.

“We also requested Chinese authorities working in Bangladesh to not visit China for a month,” he added.

He said China is a very good friend of Bangladesh and both countries are working cordially to address the serious health crisis.

Meanwhile, Bangladeshis brought back from China’s Wuhan, the epicentre of the new coronavirus outbreak, on Saturday morning and seven of them were sent to Kurmitola General Hospital.

Assistant Director of the Directorate General of Health Services Dr Shahriar said 309 of them have been kept at the quarantine unit at Ashkona Hajj Camp while seven were admitted to Kurmitola General Hospital.

He said four of the passengers were suffering from fever, three others from cough and sneezing.

Samples of the seven Bangladeshis were sent to the Institute of Epidemiology, Disease Control and Research (IEDCR) for testing, he said.

The World Health Organisation (WHO) has said it is expected that further international exportation of cases may appear in any country.

The health ministry has also ordered screening of all people coming to Bangladesh from India through the Benapole land port for coronavirus.

Global coronavirus cases rose to nearly 14,380, surpassing that of the 2003 Sars epidemic, according to Chinese and World Health Organization data.

The Philippines has recently reported the first coronavirus death outside China, according to media reports.