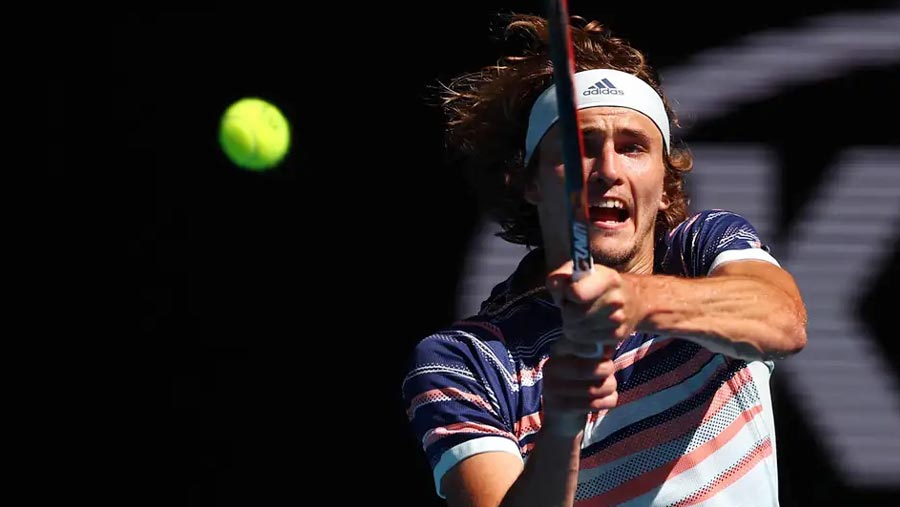 He lost the first five games in only 16 minutes but bounced back to convert five out of 13 break points.

The 22-year-old will face Rafael Nadal or Dominic Thiem in the last four.

World number one Nadal takes on Austrian fifth seed Thiem on the Rod Laver Arena at 08:30 GMT on Wednesday.

Wawrinka, who won the Australian Open in 2014, has now been knocked out at the quarter-final stage in three of the past four Grand Slams.

The 34-year-old started strongly against Zverev, racing through the opening set and winning 16 out of 19 points on his serve, even though his first-serve percentage was only 32%.

But Zverev really stepped up in the second, not dropping a point in five service games and breaking once to level at one set all.

Both players lost their opening service games at the start of the third, before Zverev moved 4-2 up and then served out the set.

The German opened up a 4-0 lead in the fourth as Wawrinka sprayed shots all over the court, possibly feeling the effects of two five-set matches earlier in the tournament against Andreas Seppi and Daniil Medvedev.

Zverev, who had not gone beyond the fourth round in Melbourne prior to this year, said: "I don't know what to say. I've done well in other tournaments, I've won Masters, I've won the ATP Finals, but I never could break that barrier in a Grand Slam. I'm happy to be in the semi-finals."